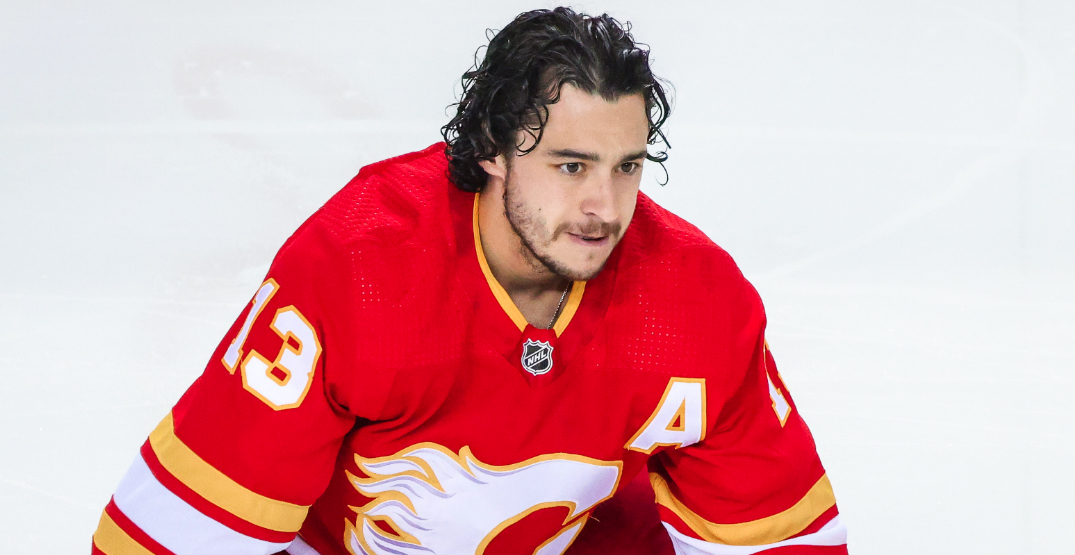 The Calgary Flames are taking a major swing at retaining Johnny Gaudreau.

Gaudreau is eligible to become an unrestricted free agent at 10 a.m. MT tomorrow, but it won’t happen without at least a late push from Flames general manager Brad Treliving.

“I think these two sides have continued to engage over the last 24 hours or so,” Frank Seravalli of Daily Faceoff told Sportsnet 960 on Tuesday morning. “That there was a significant push from the Calgary Flames in the last 12 to 24 hours. And they’ve put a massive offer on the table. They’ve put an offer on the table that would not only make Johnny Gaudreau the richest player in Calgary Flames history but on top of that one of the select few highest-paid players in the NHL today.”

Need an update on Johnny Gaudreau's future? @frank_seravalli talked with @MattRoseYYC and @will_nault to provide his insight! 🔥💰

Gaudreau was tied for second in the NHL with 115 points (40 goals, 75 assists) and is eligible to become an unrestricted free agent after his six-year, $40.5 million contract expires on Wednesday. The 5’9 forward also had 14 points (three goals, 11 assists) in 12 games in the Stanley Cup Playoffs — including an overtime-winner in Game 7 of the Flames’ opening-round series against the Dallas Stars.

Should he hit unrestricted free agency, Gaudreau is unanimously considered to be the top player on the market.

“I think both sides are focused on trying to get a deal,” Treliving told media on Friday. “These things take time. We’ve seen it in the past. Johnny’s a real good player so there’s going to be lots of attention, but this isn’t the first player that’s gone four or five days to free agency and he won’t be the last. I think it’s real genuine on both sides that we’re working to try to get a deal done.”

The Flames had reportedly offered Gaudreau an eight-year deal with $9.5 million annually.

That figure is now north of $10 million, according to Seravalli.

My sense is #Flames have put an offer on the table for Johnny Gaudreau – north of $10 mil x 8 years – that would make him not only highest-paid player in Calgary franchise history, but among richest in #NHL.

If Gaudreau walks, it likely won't be because of money.

“I’m always optimistic until told otherwise,” Treliving said. “I’m a pretty optimistic guy by nature. There’s a process to it. What I’ve found in our business, too, is deadlines push decisions. We’re creeping up on one. But I genuinely think everybody’s heart is in the right place. I think he wants to be in Calgary. But they’re big decisions.

“They’re life decisions. He’s earned this opportunity, if he doesn’t sign with us, to look at the market in however long it is. I think that’s something he’s got to consider. For us, it’s just trying to get our player signed.

“We’ll keep working at it.”