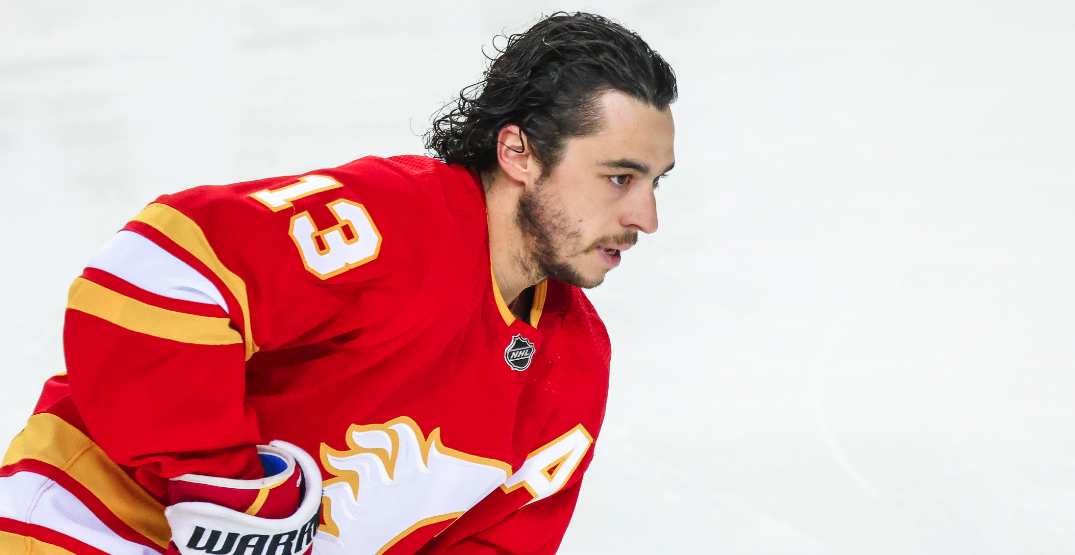 The Calgary Flames are coming off their second-best season in franchise history, amassing 111 points via a 50-21-11 record, and advanced to the second round of the Stanley Cup Playoffs for just the second time since playing in the Final in 2004.

Plenty of reason to be happy.

But certainly not satisfied. Nor a time to take a breather.

Because there’s plenty of work for the organization to do between now and the start of the next season.

And several have franchising-changing consequences.

1. Can they re-sign Gaudreau?

The most urgent assignment for general manager Brad Treliving is addressing Johnny Gaudreau’s unrestricted free agency. Gaudreau just completed the second-most explosive single season in Flames history, torching the NHL to the tune of 115 points (40 goals, 75 assists) in 82 games. His explosion came after questions whether he could ever return to his career-high 99-point form in 2019.

After the two sides decided to park contract talks prior to the start of the season, Gaudreau instead let his play do the talking. The move, in hindsight, certainly helped the No. 104 pick in the 2011 NHL Draft, as he’s just weeks away from becoming the league’s hottest free agent — though he has called Calgary a special place.

The Flames, in recent years, have lost Jarome Iginla, Jay Bouwmeester, Miikka Kiprusoff, and Mark Giordano for little or no returns, and the latest franchise face has every option and right to see what 31 other teams might toss his way. Should Gaudreau opt to leave the only NHL home he has, it’ll change the trajectory of what Calgary can expect to accomplish in the coming years.

2. If they re-sign Gaudreau, can they keep Tkachuk?

Gaudreau is just one, albeit major, domino.

The other is Matthew Tkachuk, who himself had career year by almost every metric and the ninth-most productive single-season effort in Calgary silks. Tkachuk had 104 points (42 goals, 62 assists) to finish eighth in the NHL in production. That’s the good news.

The bad news is that Tkachuk, 24, is a pending restricted free agent who needs to be qualified at $9 million on a one-year deal that walks the alternate captain to free agency next summer. The upside is that the Flames do have control over Tkachuk’s rights for the next 390ish days. But the team only has roughly $27 million to play with, and Gaudreau is going to take north of a third of that.

That leaves, ballparking things, $16 million for Tkachuk, fellow restricted free agents Andrew Mangiapane and Oliver Kylington, and three other spots needing to be filled on the blue line. That’s not a lot of maneuverability for the club, whether Tkachuk’s hit stays at $9 million or if the Flames are able to add some term by way of an extension.

3. What will Mangiapane cost?

Another in the long line of players to enjoy career years, Mangiapane finished fourth in team scoring with a surprising 35 goals. It was an unexpected outburst from the 26-year-old in his fourth full season in the NHL, especially considering his previous high was just 18.

Few doubt he can duplicate the effort given the fact that the 5-foot-10 forward didn’t shy away from the dirty areas to dent the twine.

But, like Gaudreau and Tkachuk, Magniapane is another mouth Treliving needs to feed on what’s becoming a shoestring budget. He’s also a must-sign, especially if one of Tkachuk or Gaudreau walk.

Perhaps the only thing in Calgary’s favour in inking the sixth round pick from the 2015 draft is the fact that Mangiapane scored just three goals in 12 playoff games, offering some slight salary savings. He also had one goal in a 19-game stretch near the end of the regular season before scoring five in the final 10 games, mixing in a bit more of a discount on a contract that’s going to certainly extend beyond three years.

If Treliving and the Flames have designs on keeping both Gaudreau and Tkachuk, and by extension Mangiapane, they’ll have to clear some cap space.

Evolving Hockey projects a Gaudreau contract to come in at $11.27 million, and Tkachuk is slated to earn $10.87 million based on the same formula. Mangiapane is expected to fetch around $5.835 million, too. Assuming those deals are in the ballpark, that’ll leave Calgary a million in the hole with four forwards and three defencemen to ink round out the roster.

The two cap charges that jump out most are two players who primarily toiled on the Flames’ fourth line for much of the season in Milan Lucic and injured forward Sean Monahan.

Monahan, who is slated to make $6.375 million next year, underwent season-ending hip surgery in April and should be back for the start of training camp based on his last recovery trajectory for a near-identical procedure a season ago. Lucic is owed $5.25 million, with $3 million coming by way of a signing bonus. Each has one year remaining.

Lucic’s deal is virtually buyout proof. Monahan, who was the No. 6 pick in the 2013 draft and has spent his entire career in Calgary — much as a franchise face, would offer some buyout savings, but there’s a school of thought that he might be able to be optioned to a team willing to take on salary for a draft pick. Other than that, however, the options are limited.

Kylington enjoyed an unexpected breakout on Calgary’s blue line in 2021-22, and will be rewarded with a little pay bump.

Erik Gudbranson and Nikita Zadorov, who were new additions, are set to become free agents after performing well above last fall’s expectation.

Michael Stone, who pinch-hit late in the regular season and at times in the playoffs, is also up for renewal.

Not all, however, can come back. At least not without significant discounts.

A bridge contract for Kylington might buy the Flames some time, but Gudbranson can expect similar dollars and more term on the $1.95 million deal set to expire. Zadorov, too, will probably see an increase in security on both term and dollars on his one-year, $3.75 million contract. Expect at least one, if not both, to relocate a couple weeks into July.

Calgary does have, however, Connor Mackey. He’ll likely be elevated to the NHL roster on a team-friendly deal, joining Chris Tanev, Rasmus Andersson, and Noah Hanifin. Stone could, in theory, come back on a league minimum deal to serve in the platoon should he not find a more intriguing offer elsewhere. Prospect Juuso Valimaki isn’t completely out of the conversation, either.

And, like he did last season, Treliving could venture into free agent waters to help round out his blue line.