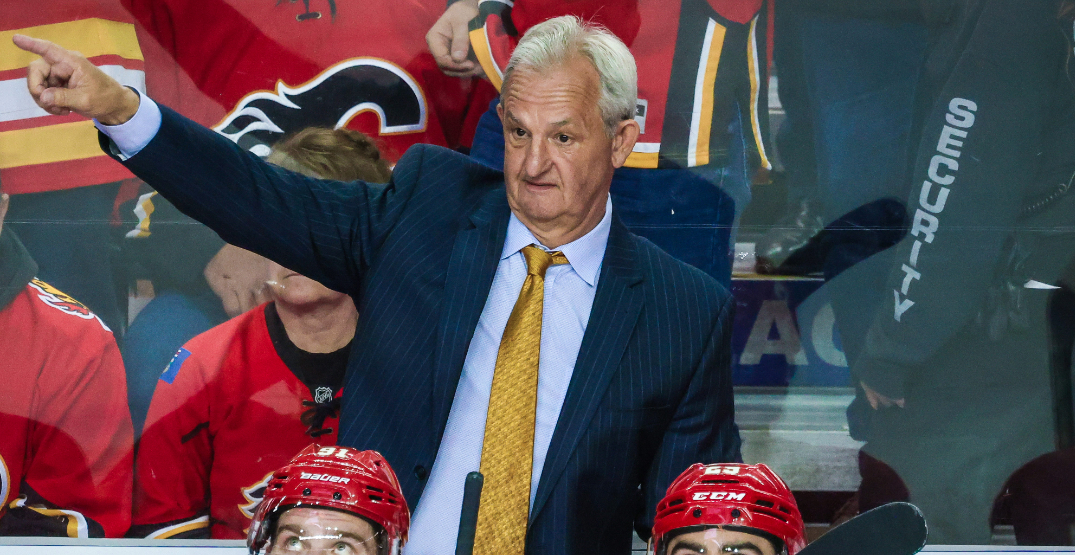 The first goal was met, according to Darryl Sutter.

Sprinkle a little bonus on top, too, because with the Calgary Flames winning just their second playoff round since 2004 comes a little bit of an Aretha Franklin-esque adjective.

“I think just meeting the standards that are necessary to get some respect as an organization, as a player back, as a team back in the league,” Sutter explained Wednesday in the last of exit interviews conducted with media before parting ways for the summer.

“I think that’s really important and to me, 100%, is being able to go out and talk to the fan about it because they know and they get it. They’re not caught up in anything that’s gossip or that’s not real.”

#Flames head coach Darryl Sutter speaks with the media to reflect on the 2021-22 season. https://t.co/ng8y75VnjY

The Flames, who missed the Stanley Cup Playoffs in a disastrous campaign a year ago, not only qualified for postseason play this season but topped the charts in the Pacific Division before dispatching the Dallas Stars in seven games in the first round of extra-curriculars and falling in five to the rival Edmonton Oilers in the Battle of Alberta one round later.

“We set our goal was to be a playoff team and we did that,” Sutter said.

“The problem is there are no long-term goals ever reached unless you can achieve short-term goals and that was something as an organization that had to for sure be reset, we made progress in that so it’s taking that and seeing how we can improve on that.”

Calgary saw a dramatic turnaround under Sutter in 2021-22, amassing a 50-21-11 record for a .677 winning percentage, third in the Western Conference behind the Colorado Avalanche and Minnesota Wild.

The Flames, which hired Sutter partway through the 2020-21 campaign, finished fifth in the makeshift North Division last year with a 26-27-3 record and a .491 winning percentage.

Sutter, for his efforts, was named a finalist for the Jack Adams Trophy as coach of the year. Goaltender Jacob Markstrom received a nod for the Vezina as the league’s top netminder, and Elias Lindholm was nominated for the Selke as the NHL’s top defensive forward.

Lindholm set personal bests with 42 goals and 82 points, as did Johnny Gaudreau, who had 115 points (40 goals, 75 assists) for a share of second in the NHL in scoring. Matthew Tkachuk was eighth with 104 points (42 goals, 62 assists) — each personal bests.

Each helped launch Calgary to a spot now seen just twice since Sutter guided the Flames to the Stanley Cup Final in 2004.

No Stanley Cup, however.

“That’s what 32 teams say in training camp and that’s just not real, is it?” Sutter questioned.

“The only way you can ever become a Stanley Cup champion is to make the playoffs over and over and over and build on that and not, when you say that, that’s a four-to-six year thing for sure. I’ve been through that and have done it and failed at it both, so I know.”

As for the goal-setting for next season, it won’t begin just yet.

There’s still plenty to determine before determining what the bar is to clear in 2022-23.

Gaudreau is a pending unrestricted free agent, as are forwards Trevor Lewis and Calle Jarnkrok and defencemen Nikita Zadorov and Erik Gudbranson. Tkachuk and fellow sharp-shooter Andrew Mangiapane are each restricted free agents, as is surprising standout blueliner Oliver Kylington.

Next season could see a decidedly different Calgary core.

And a fresh slate on expectations.

“There always is (roster turnover), it’s not exclusive to the Calgary Flames,” Sutter cautioned.

“Other than that, you’re just making it up.”