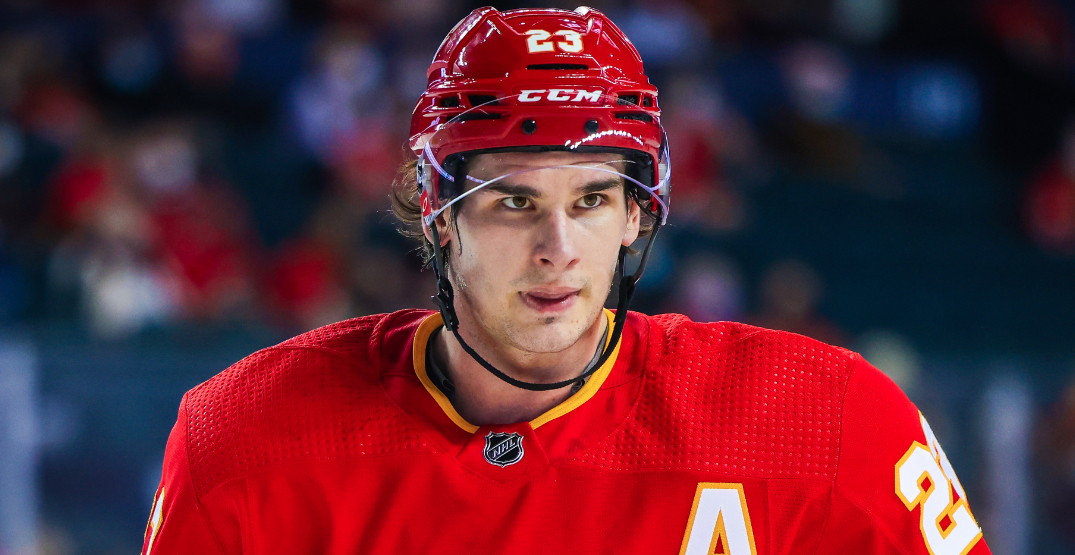 Sean Monahan is off the ice because of season-ending hip surgery.

Calgary Flames general manager Brad Treliving announced that Monahan’s season is prematurely over again because of another hip injury that will require him to miss the rest of the regular season and playoffs.

“But no question a great deal of disappointment. We talked a lot yesterday. At the end of the day it is what it is. When your body is telling you you can’t do it, you can’t do it. We’ll get it fixed and move forward.”

.@MFradiology Injury Updates: Sean Monahan has been placed on LTIR and will undergo season-ending surgery on his hip.

Oliver Kylington is day-to-day. Connor Mackey has been recalled from the @AHLHeat. pic.twitter.com/KY1YCcUTVG

Monahan has a career-low 23 points (eight goals, 15 assists) in 65 games played this season, and is a team-worst minus-15 while skating primarily on Calgary’s fourth line.

He had been a scratch in two of the past four games.

“You go in that room there and there’s 23 guys that love the kid,” Treliving said. “He wears a letter for a reason. He’s had a different role, that’s the best way to put it, this year than last or the previous seven or eight in his career. He went about it with a smile on his face and just went to work. Never bitched or complained. Doesn’t whine. ‘What can I do to help the team win’…that’s what Sean Monahan is all about.

“Unfortunately, sometimes your body doesn’t allow you to do certain things.

“But I can’t say enough good things about the guy. He’s going to be here. He’s going to be around his teammates. He wants to be. We’re working through when the procedure is going to happen but it’ll be fairly soon, and then he’ll do his rehab here, because he’s a big part of that locker room.”

Monahan has been placed on long-term injury reserve.

“This guy plays through a lot of things, and to question him is wrong,” Treliving said. “Most people out there couldn’t play through a third of what he has. And he keeps it to himself. This isn’t stuff where people are forcing him out on the ice. I don’t know how long it’s been bothering him. He’s gotten treatment like everybody gets treatment.

Monahan also underwent the same season-ending surgery on his other hip last spring.

“Definitely very tough news not only for him but the rest of us as well,” Flames forward Matthew Tkachuk said. “It’s similar to what he’s dealt with before so he kind of knows what to expect and how to treat it and all the process. When you go through an injury like that, probably the hardest part is not knowing what’s coming or how long, but he’s kind of got a good idea. Just feel for him. It’s awful. But he’ll come back better than ever. Just tough timing for him.”