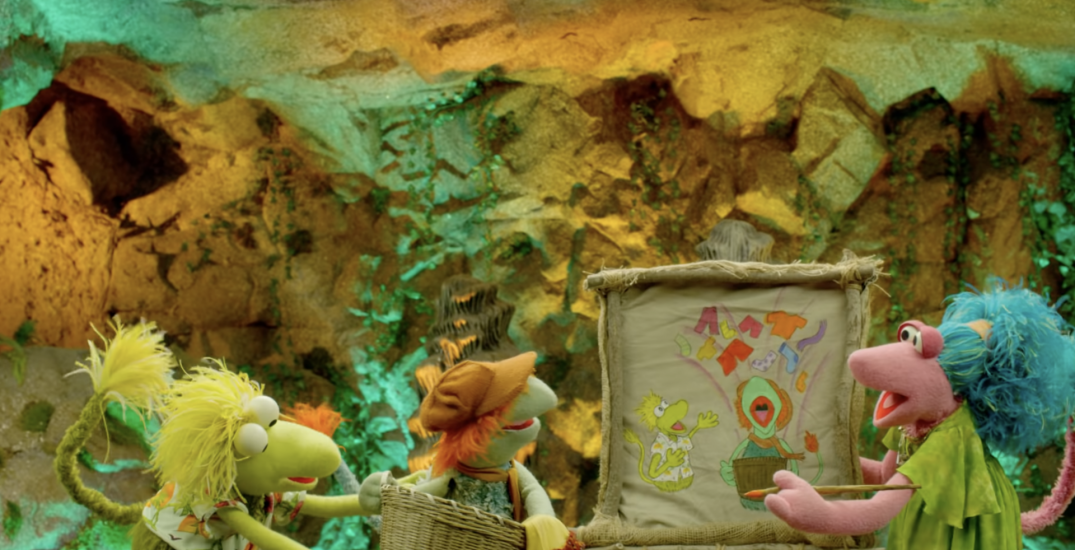 Apple TV dropped a teaser for Fraggle Rock: Back to the Rock this week, and it’s giving us all the nostalgic feels.

The Jim Henson reboot features all of your favourite Fraggles, and the teaser video shows the shaggy-haired characters singing, dancing, and getting up to their usual shenanigans in the puppet world.

The best part is, the show was shot right here in Calgary at the Calgary Film Centre. Production began in January 2021 under the working title Raphanus, which is Latin for “radish,” in a tribute to the radish-loving, cave-dwelling Fraggles.

“In summer of 2020, with the COVID pandemic in full swing, the pressure was on for us to find a home where we could produce our green-lit series Fraggle Rock,” Chris Lytton, COO of the Jim Henson Company, said in a news release.

“We were delighted to discover the Calgary Film Centre, a first-class facility that could accommodate our timing.”

The original show ran for five seasons beginning in 1983, winning an Emmy in its first year. Fraggle Rock had a number of spinoffs, including a 1987 Saturday morning cartoon. Hulu aired a computer-animated spinoff called The Doozers in 2014.

Apple TV ran a spinoff of its own called Fraggle Rock: Rock On! in 2020, with a single season featuring six short episodes of five to eight minutes each.

As of Wednesday, November 17, the teaser has amassed nearly 40,000 views on YouTube.

According to IMDb, the reboot’s first season will have 14 episodes and will star John Tartaglia, Dave Goelz, Karen Prell, Donna Kimball, and Frankie Cordero.

Fraggle Rock: Back to the Rock is scheduled to premiere on Apple TV on January 21, 2022.