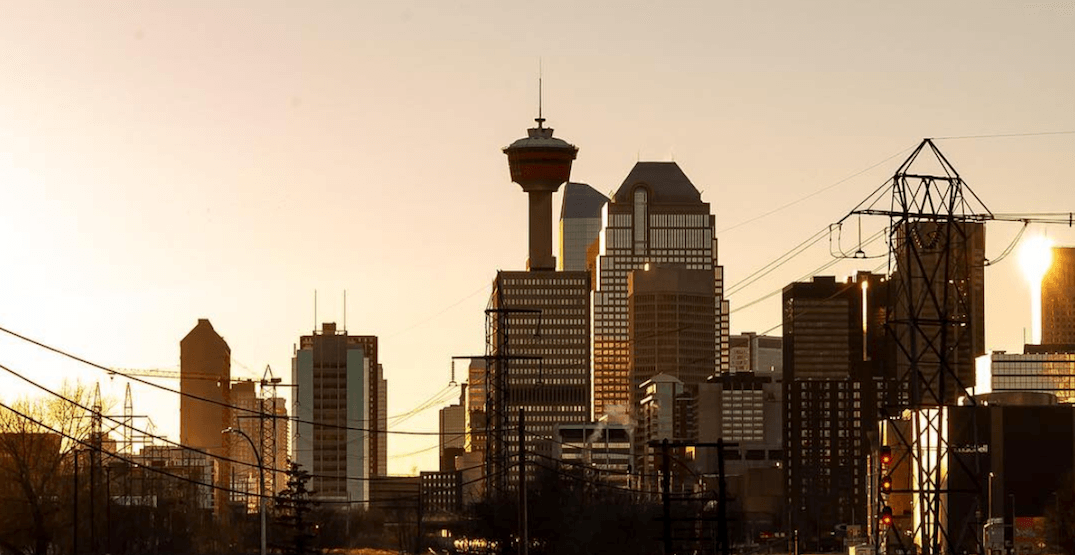 We finally made it.

Well, technically, we’ve almost finally made it, but given that spring is only two short and sunny days away, we’re confident that we can begin the celebrations a little early.

And the new season really did take a while to get here (or at least what felt like a while) seeing as we just went through one of the coldest and cruellest winters that this city has ever seen.

So yeah, we’re pretty excited about what spring has in store for us, and you should be too, given what’s coming.

Taking a look at the official Environment Canada seven-day forecast shows that Wednesday, March 20 will ring in with sunny skies and a high of 16°C — it’s not quite the 23°C that the forecast was promising last week, but we’ll take it.

The Weather Network echoes the optimistic outlook, calling it 16°C on Wednesday, though feeling a little closer to 15°C.

A slight hint of winter will still linger, however, as Wednesday night is expected to drop down to -2°C, according to the Weather Network — Environment Canada calls the same night at 1°C and clear. 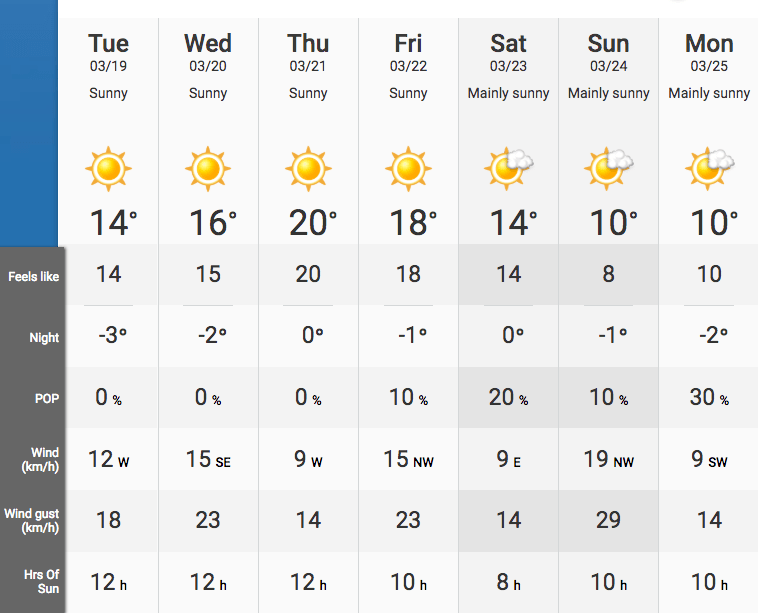 The rest of the week follows suit with clear skies and highs ranging from 14°C to 20°C, though the Weather Network warns of a slight shift for the colder come Sunday and Monday when the daytime high will hover around 10°C.

We’re fine with that, but here’s hoping that we just won’t see any more snow on the horizon…