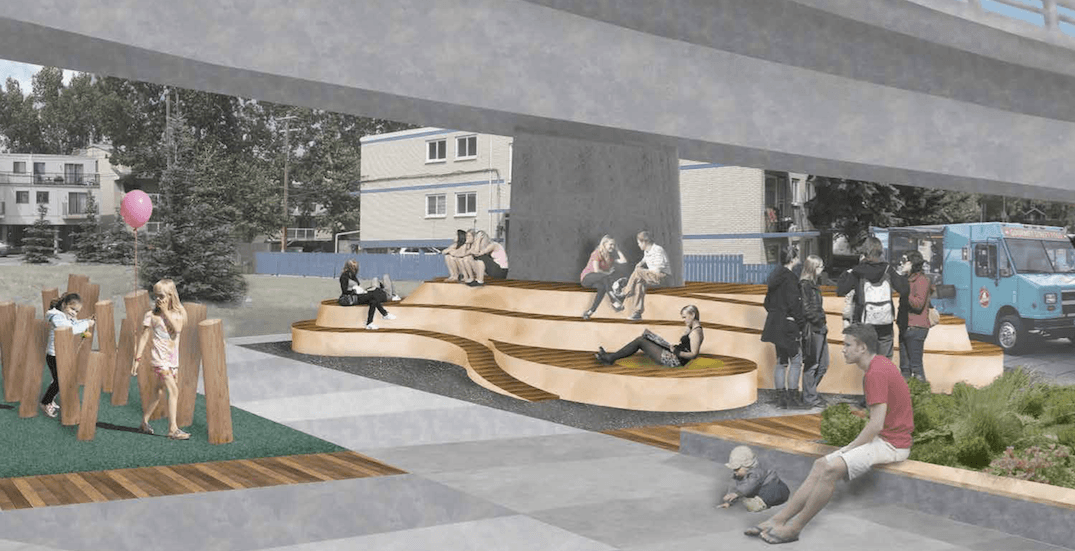 Calgarians are about to have a new place to relax, play, and enjoy the outdoors.

Parks Foundation Calgary announced on Friday that a brand new park was being developed in the community of Bridgeland, harnessing an underused space below the 4th Avenue Flyover.

The aptly-named Flyover Park was designed by a team of landscape architecture students at the University of Calgary in collaboration with sixth-grade students from Langevin School.

The university students asked their younger counterparts about what kinds of things they would enjoy at the park, and many of those visions will now be turned into a reality thanks to investments from the Government of Alberta and the City of Calgary. 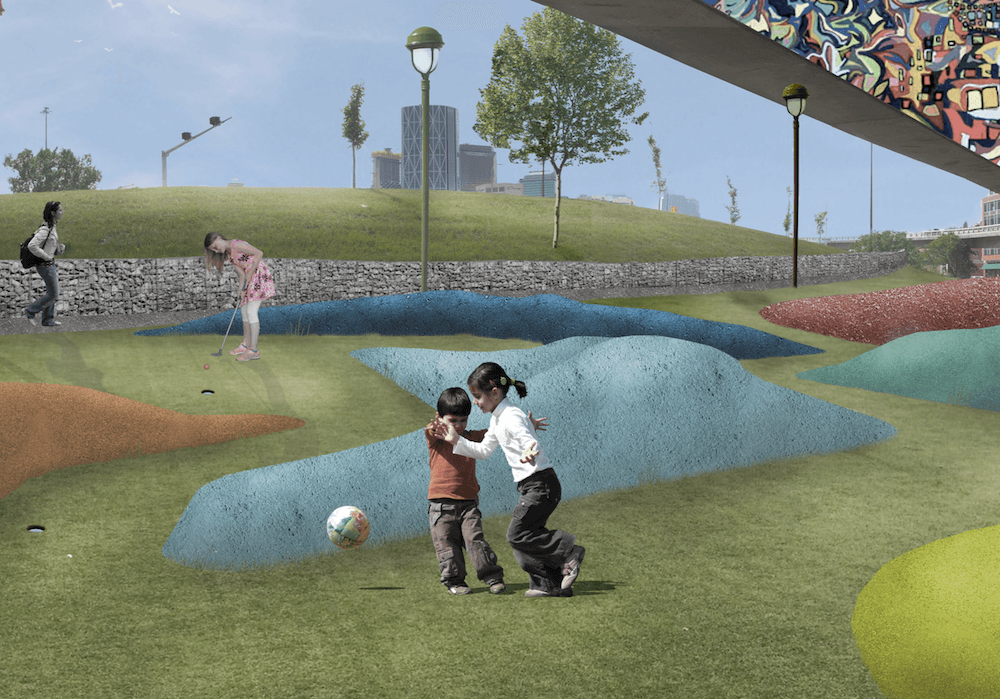 “Children, families and seniors in Calgary will have an incredible new vibrant, playful outdoor space to enjoy,” said Ricardo Miranda, Minister of Culture and Tourism, in the release.

“We are very excited to support this youth-inspired project, which will be a source of pride for the community.”

The park will be located five minutes (walking distance) away from the Bridgeland LRT station, 10 minutes away from Calgary’s downtown core, and will connect to East Village’s Riverwalk Pathway. 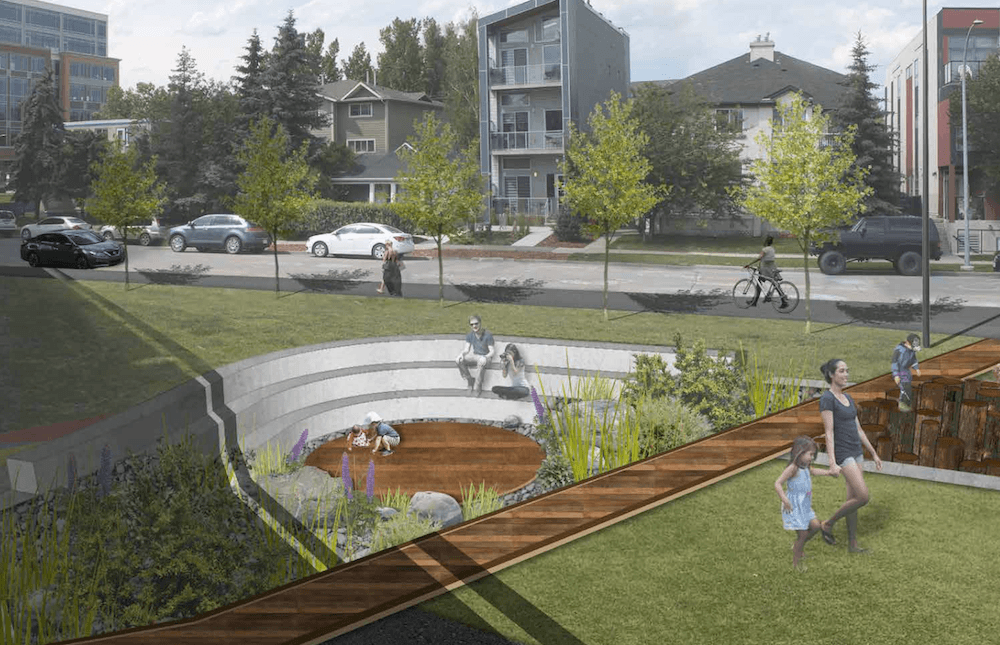 “From the start, Flyover Park has been a vision championed by many: the local community of Bridgeland-Riverside, as well as students from Langevin School and the University of Calgary collaborating with neighbours to envision a welcoming and inclusive place,” said Calgary City Councillor Gian-Carlo Carra.

“Further, the City of Calgary’s civil service worked with the community to test innovative ideas and best practices. We are grateful to the Government of Alberta for appreciating the need, recognizing the quality of the community’s work, and providing the funding to make this collective vision a reality.”

The Government of Alberta and the City of Calgary will both be investing $1 million to fund the construction of the park. 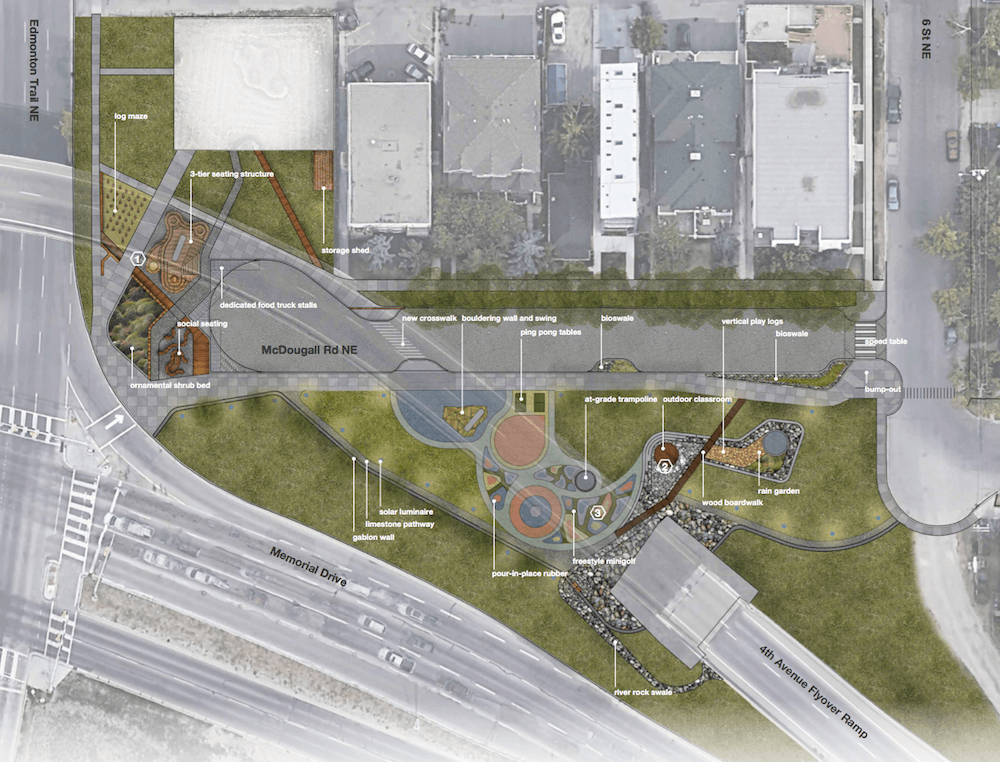 “Our community is thrilled to have this grassroots project for a little lost space become a reality,” said Ali McMillan, with the Bridgeland-Riverside Community Association, in the release.

“This project has been a labour of love for us, and now a forgotten, urban space will be a destination place that people will seek out and enjoy for decades to come.”