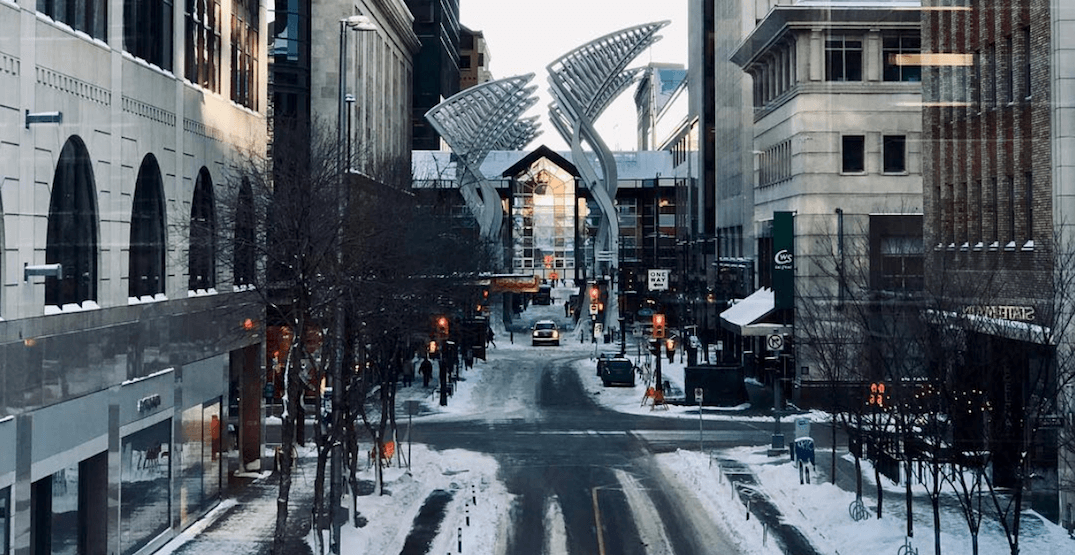 It’s something of an understatement, but we’ll say it anyway: It has been quite cold in Calgary.

Now before you head to the comments with a “No duh, Sherlock,” hear us out here, because Calgary hasn’t seen a single moment when the temperature reached above freezing in the entirety of February.

You might be thinking that’s no big deal, and that past winters have been just as cold, right?

Well, apparently the city hasn’t seen this many consecutive sub-zero February days in over 80 years.

The current record is held by a February cold spell that didn’t see a 1°C day for 27 days straight, and that was way back in 1936.

Yesterday was #Calgary‘s 20th consecutive February <0°C day which put February 01➞20, 2019 in 2nd place for the longest run on record. If this continues, we will break the all-time record 2019-02-28. #YycWx pic.twitter.com/yGRSIdUQqF

Weather historian Rolf Campbell is the one keeping track of all these numbers, by the way, and according to his Twitter account YYC Weather Records, this winter has been one for the books in more ways than one.

Given the current seven-day weather forecast, it’s looking like February 2019 will be breaking a few more records before the month is out — but we’re just hoping for an unexpected chinook to deliver us safely into spring!