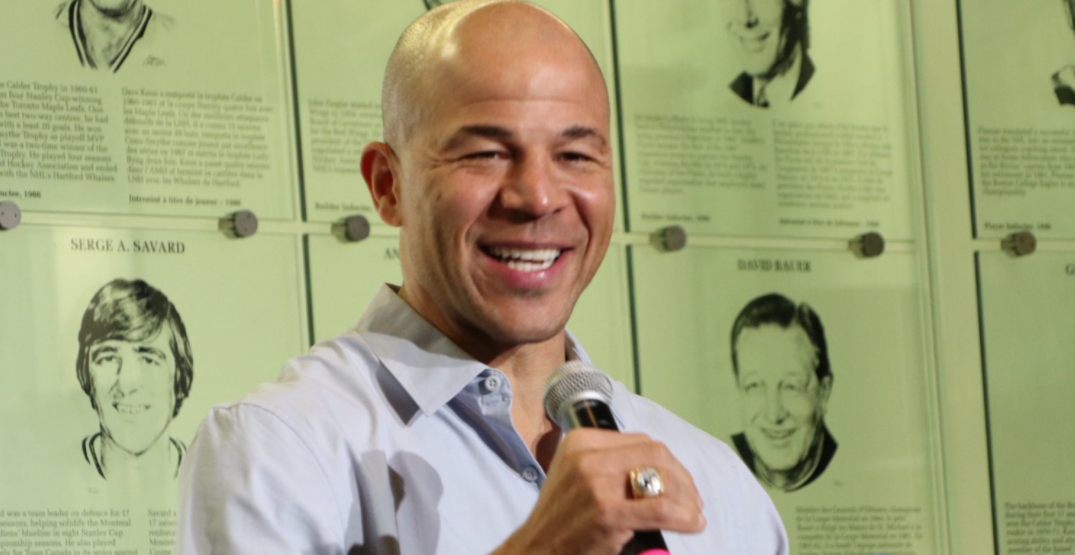 Calgary Flames legend Jarome Iginla is officially getting inducted into the Hall of Fame this weekend.

Iginla played for five NHL teams in his career, including Los Angeles, Colorado, Boston, and Pittsburgh, but it’s his 1,219 games spent with the Flames that solidified his Hall of Fame candidacy.

Iginla scored 525 of his 625 career goals with Calgary, including four seasons over 40 goals, two over 50 goals, and a pair of Rocket Richard trophies as the league’s top goal scorer. Iginla also won the Art Ross award for top scorer in 2001-02, and finished second in Hart Trophy voting for league MVP.

Asked about what Calgary fans pick his brain about, Iginla said the most common item was the Flames’ 2004 playoff run, where they advanced all the way to the final against the Tampa Bay Lightning.

“It was an amazing experience,” Iginla said. “All the neat things in Calgary, the fans, the Red Mile, the “C of Red” that was developed that year, and the camaraderie amongst the players and getting to see how a team comes together… I enjoy talking about it.”

With Calgary up 3-2 in the final over Tampa Bay, Flames forward Martin Gelinas appeared to redirect the puck barely over the red line to break a 2-2 tie in the third period of game 6.

But the NHL reviewed the play, and ultimately called it “no-goal” in a moment that’s forever etched in the brains of Flames fans for what happened after.

“Was it in? Yes, it was in,” Iginla said. “But anyway, there was still a game after that.”

Tampa Bay ended up winning Game 6 in double overtime, and won Game 7 2-1 on home ice to clinch the Stanley Cup.

Iginla said he of course wishes Gelinas’ goal counted, but still appreciates the run his Calgary team went on.

“As hard as it was not to win it, I’m sure happy to be part of that experience,” he said.