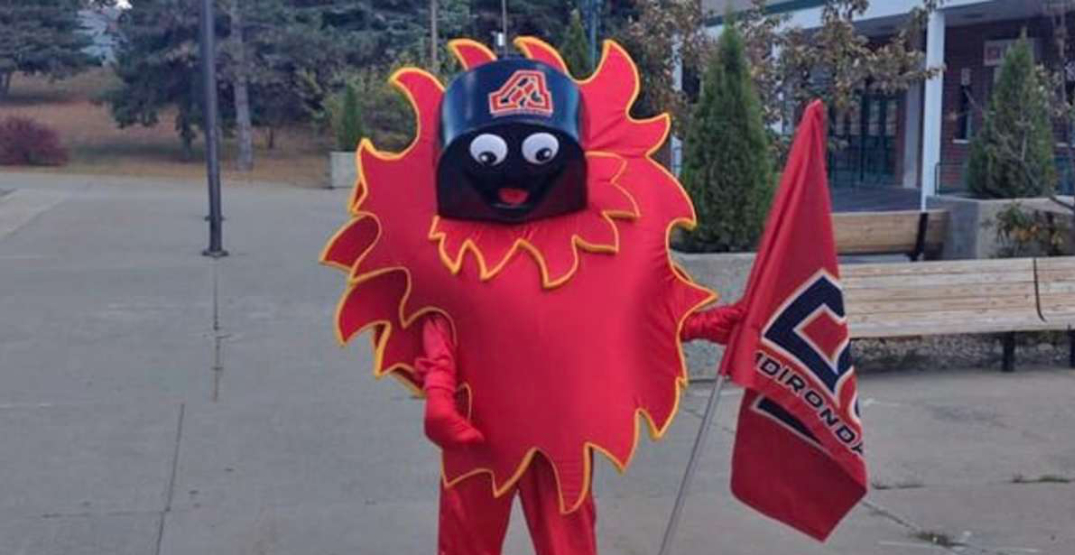 A popular mascot with past ties to the Calgary Flames is rising from the ashes.

Ryan Popowich, director of marketing for the Calgary Flames, confirmed to Daily Hive that Scorch, a very short-lived mascot for the Adirondack Heat of the American Hockey League from 2014, will be returning to action this fall.

“It probably won’t be in a way people are anticipating but he’s definitely coming back,” Popowich said.

Can confirm that Scorch will appear this upcoming season. Soon.

Scorch, inspired by The Great Fire at Glens Falls, was introduced in a controversial video eight years ago which seemed to depict the mascot overpowering — interpreted by some as killing — an actor portraying a local firefighter.

The mascot was described at the time as the sole surviving flame from the historic 1864 fire, and the video was shot outside a blacksmith shop that was one of the few Glens Falls businesses to survive the blaze.

“In an attempt to provide background material for the character who will be the face of our team, particularly with young fans, we crafted a story that Scorch was the remaining ember from the tragic fire that destroyed much of Glens Falls in 1864,” then Adirondack Flames president Brian Petrovek said in a statement at the time.

“We also crafted a skit that helped to launch the new mascot – with the help of the Glens Falls Fire Department. While it seemed in good taste when it was on the drawing board, it is evident now that it was in poor taste.

“On behalf of our entire organization we want to apologize for our thoughtlessness today.  We have obviously turned something good, the launch of a mascot which we will use to entertain and encourage young fans, into something that is in poor taste.  That was not our intention and again we apologize.

“We would like to emphasize that we as an organization take seriously the dangers associated with fire, understand its potentially devastating effects and acknowledge that those in our nation who are called upon to face and fight fires on a daily basis are truly heroes.

Still, Scorch has become a bit of a cult icon for select Flames fans.

His return comes at the same time the National Hockey League’s Flames are relocating their AHL franchise from Stockton, California to Calgary. The team announced that their minor-league affiliate would make the move north of the border in late May.

The two moves, however, are not related, according to Popowich.