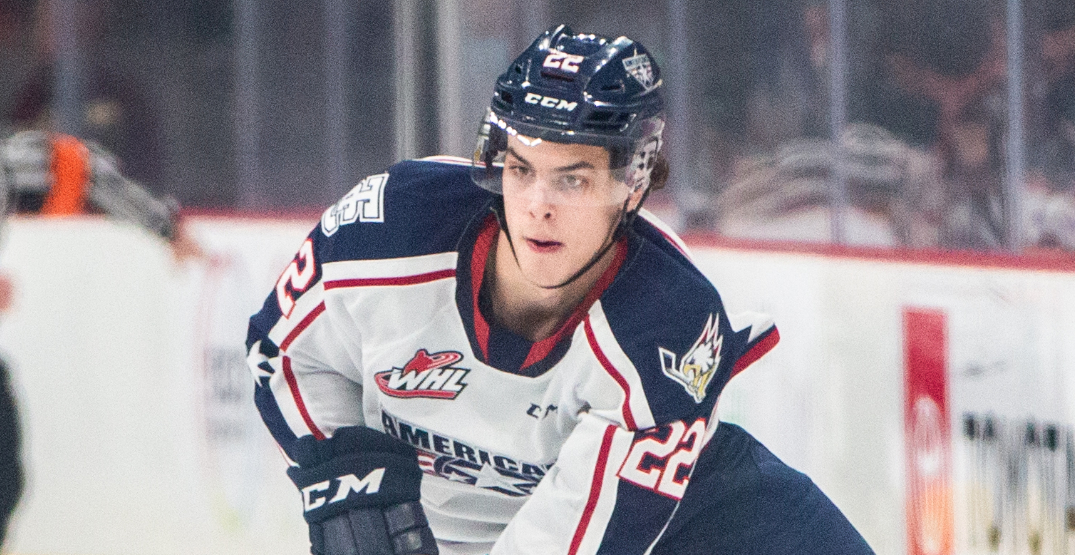 Tod Button and the rest of the Calgary Flames amateur scouting staff weren’t particularly busy at the 2022 NHL Draft, but that doesn’t diminish their work on the floor.

In all, Button, general manager Brad Treliving, and the balance of Flames scouts made three selections in the 2022 draft, nabbing Finnish centre Topi Ronni in the second round and Parker Bell of the Tri-City Americans in the fifth round before closing out the draft with the selection of Cade Littler of the Wenatchee Wild late in the seventh round.

Here’s what to know about the newest Flames trio.

Ronni, selected with the No. 59 pick of the draft, amassed 29 points (11 goals, 18 assists) in 30 games with Tappara’s program in U20 SM-sarja, and added four points (two goals, two assists) in 19 games in Liiga — Finland’s top circuit. The 6’2, 179-pound centre was ranked 31st among European skaters by NHL Central Scouting, and No. 105 by independent scouting outlet FCHockey.

“Ronni is a big-bodied center who uses a combination of size and skill to make himself stand out,” FCHockey outlined in its 2022 NHL Draft Guide. “He understands how to use his body to his advantage, using his frame to protect the puck and keep opposing players from knocking the puck off his stick while he examines the zone for an outlet. Ronni’s size and effort level make him tough to play against, especially at the junior level in Finland.

“With Ronni, you’re betting that the skillset will eventually match up with his physical gifts and if he develops properly you could be getting a solid impact player in the middle of the draft.”

Ronni is expected to make the jump full-time to Liiga next season.

Bell, selected with the No. 155 pick, is a 6’4, 192-pound left wing who produced at a respectable pace with the Tri-City Americans of the Western Hockey League. Bell, one of the elder statemen among first-time draft eligible with a September 26 birthdate, had 49 points (18 goals, 31 assists) in 64 games — the second-highest total on the team. He was ranked 112th among North American skaters by Central Scouting and 261st overall at FCHockey.

“Bell is a forward blessed with NHL size and he uses it accordingly,” FCHockey outlined. “He’s a feisty player who loves to get into the thick of things and is rarely seen floating while on the ice, and he gets full marks for doing that on the struggling team that he played for this season. He commits to the forecheck and can really punish defenders when he gets the chance to line them up.

“Based purely on the fact he has the size and work ethic to be a factor down-low, Bell may be able to develop into a bottom-six, physical presence type of role player.”

Littler, nabbed at No. 219, had 45 points (20 goals, 25 assists) in 50 games with the Wenatchee Wild of the British Columbia Hockey League. The American-born centre stands at 6’3 and was ranked 187th among North American skaters by Central Scouting and 201st overall at FCHockey. He is committed to Minnesota State University (Mankato).

“Littler is a big, gritty, exuberant power forward who is well equipped to play in a shutdown, matchup center role,” FCHockey described. “He’s very detailed orientated in his own zone and was relied on heavily this year in Wenatchee despite his young age. He’s an aggressive player who uses his size and strength to his advantage, throwing huge hits when the opportunity presents.

“With his determination, physical tools and attention to detail it’s very easy to project Littler eventually becoming a reliable, effective defensive centre at the NHL level.”

The above trio will join a Flames prospect stable that features the likes of Jakob Pelletier, Connor Zary, and Dustin Wolf.