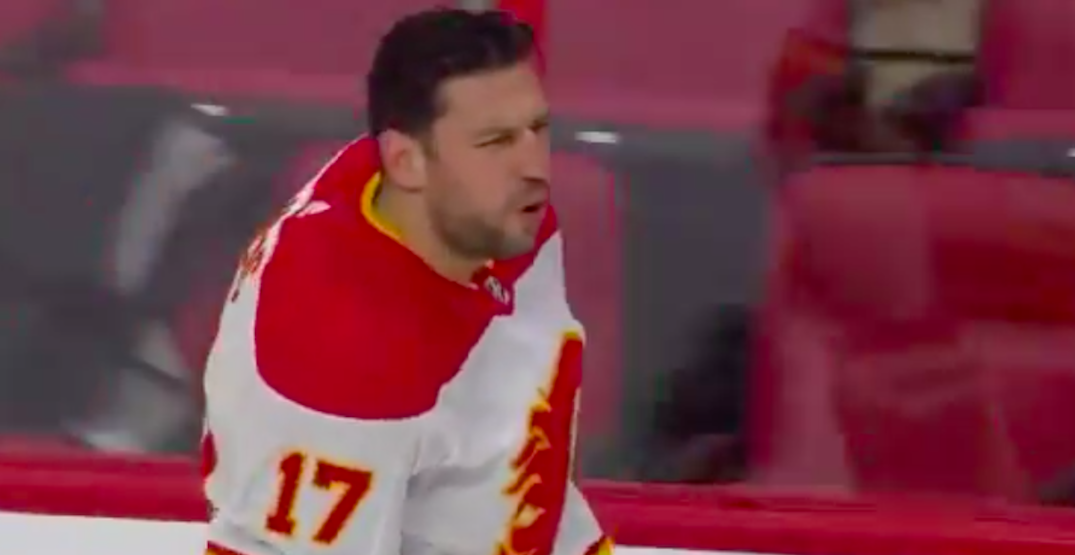 This was certainly not the way the Calgary Flames would have liked to start their game.

While preparing to take on the Ottawa Senators for the third consecutive game, the Flames warmup was anything but routine.

Calgary players ran into each other multiple times while taking laps, and an errant backhand shot by Johnny Gaudreau hit Sean Monahan in the face. That shot forced him to leave warmup early.

What in the world was happening with the Flames during warmup? 🤨 pic.twitter.com/RdNdvApUdM

That warmup was, unfortunately, just the start of the bad night for the Flames. The team lost against to the bottom-dwelling Senators 5-1, and they got outshot 36-28. The Flames had a disastrous second period, getting outshot 22-6, while giving up three goals.

The Flames are looking for some form of consistency in their play. In the past three games against the Senators, they let Ottawa hand them two blowout losses, 6-1 and 5-1, sandwiched with a 6-3 win.