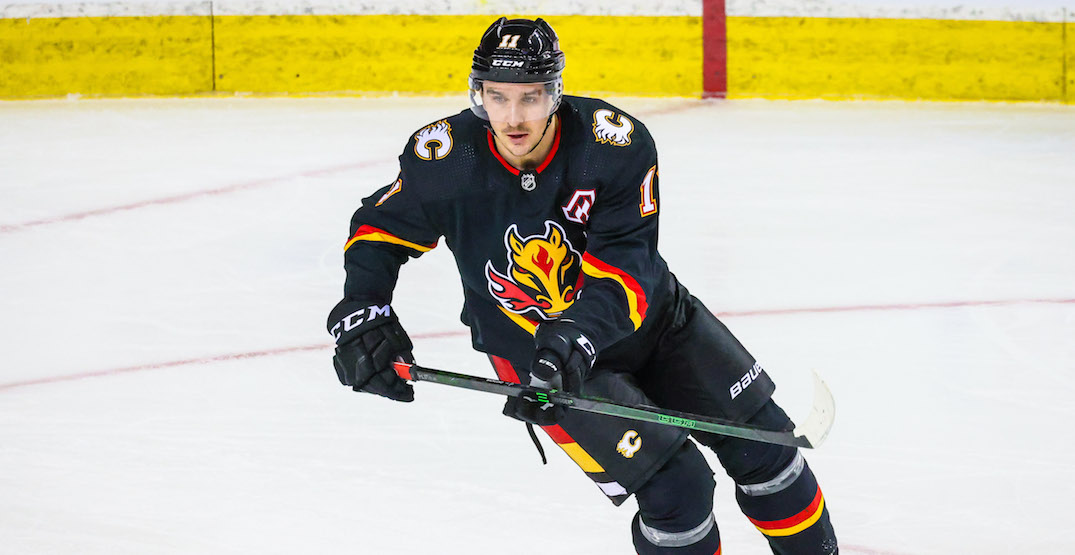 Through an up and down February stretch for the Calgary Flames, few players on the roster have been as even keel and on the mark as centre Mikael Backlund.

Even on the team’s worst nights like a 7-1 loss to the Edmonton Oilers recently, Backlund has turned in above-average performances more times than not this year.

The 31-year-old Swede was on a 46-point pace if stretched out to a full 82-game regular season before missing a short amount of time due to injury, which is right on the mark when compared to his career averages. Aside from a 53-point career best season with Calgary in 2016-17, Backlund has scored either 45 or 47 points each of the last five years.

Not Art Ross calibre numbers, but it’s rare to find that consistency.

With over 700 NHL games under his belt, the centre who was criticized early in his career for not producing enough offensively has quietly turned into one of the league’s premier two-way centremen.

This year that’s been especially apparent however, being one of Calgary’s best forward contributors more nights than not.

There’s still plenty of runway left before members of the NHL’s press gallery break out their ballots for year end awards, but Backlund is making a promising case for Selke Trophy consideration. 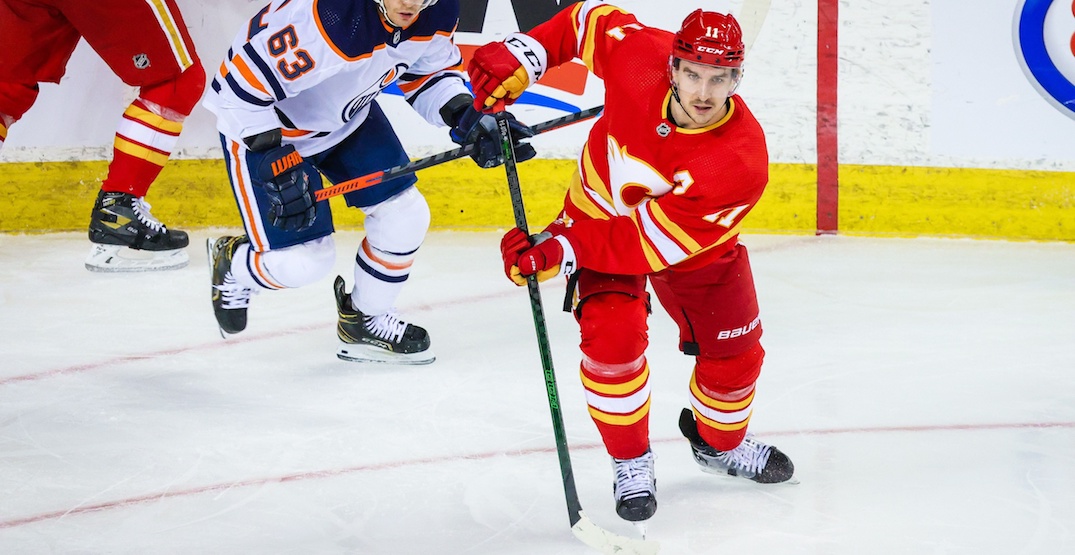 For a number of years, Backlund has found a home on Calgary’s second line anchoring a variety of wingers down the middle.

That was all thrown into the blender heading into the shortened 2020-21 season, when Flames head coach Geoff Ward made the decision to move Elias Lindholm from his normal slot on the wing to centre.

While it’s a move that gave Calgary more flexibility down the middle against other strong centre units in the Canadian division such as Edmonton, Winnipeg and Toronto, there had to be an odd man out.

That ended up being Backlund, who now found himself in a bottom-six role.

Backlund has seen a slight dip in his average time on ice this season, dropping from close to 18 minutes per game in the last few years to 16:46 in 2021. Calgary has been reaping the benefits of Backlund’s game in a third-line capacity through the first quarter of the season though, especially in February.

Backlund has not only tallied a respectable eight points in 18 games, but he has been at or near the top of Calgary’s expected goals leaders for much of the month.

For as consistent Backlund’s offensive and defensive game has been, there has been little consistency when it’s come to his linemates.

Ward might have found the right fit however, with Backlund gaining some chemistry in a short period with Milan Lucic on his left and Andrew Mangiapane to his right. That line has chipped in with seven goals already this month, providing some needed depth scoring beyond a rejuvenated Johnny Gaudreau and his band of merry men.

“I feel like all three players are good on the forecheck, that’s how we create our chances,” Backlund told reporters. “We get other lines and teams hemmed in their own zone and create chances.”

Backlund has never been as flashy or offensively minded as some of the more recent winners of the NHL’s best defensive forward award. In the previous four seasons in which they won the Selke Trophy, Sean Couturier, Ryan O’Reilly, Anze Kopitar, and Patrice Bergeron each contributed at least 53 points on the low end.

Despite never being among the three finalists for the award, Backlund has come close on a number of occasions including a fourth-place showing in 2016-17 and eighth-place in 2018-19.

He’s never been the league’s best face-off man or led the NHL in possession numbers, but the Flames veteran has been remarkably solid throughout much of his career.

For the first time since becoming a mainstay in the Flames lineup back in 2009, Backlund has posted a face-off average above 50%.

He currently sits at 50.5%, not bad numbers but nothing to declare that he’s the next Yanic Perreault. But when you factor in that Backlund has only been taking those face-offs in the offensive zone 41% of the time this season, it’s a clear indication of his defensive prowess and trust coming from Ward and his staff.

“He takes pride in being on the ice against the best people on the other team,” said Ward to Flames TV. “Since last year when he moved back to centre from that short stint of time he was on the wing, his game has gone to a new level.”

Backlund has also posted strong possession numbers this year like a Corsi sitting at 56% and if his 96.2 PDO is to believed, much of that isn’t being attributed to puck luck.

Even just watching Backlund this year, you notice a calm confidence on the ice… even more so than in past years.

There aren’t many teams in the league who can say that about their third-line centre, meaning the Flames should count themselves fortunate. Does Backlund finally gets the national credit he rightly deserves for his stellar two-way play this year?

But while it’s still very early, he’s written one hell of a resume.