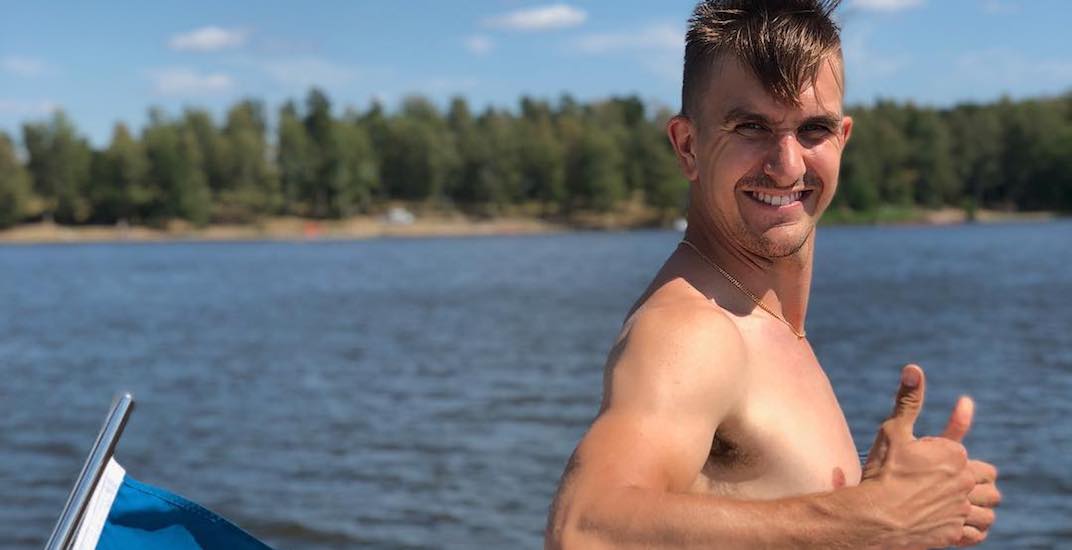 The Calgary Flames are near ready for another season under the bright lights of the Saddledome.

It’s been a busy offseason, not only for Flames brass who have made a number of changes to the roster, but the same can be said for the players.

But for as busy as the players can be during the season, many stay active on social media, to give their fans a glimpse behind the scenes.

Here’s a look at all the Flames players you can follow on Instagram as the season gets underway.

Centre Mikael Backlund made his Instagram debut this year and has been using it quite regularly throughout the offseason.

While photos of his training can be found on his page, he also shares some great pics of his homeland of Sweden and his new wife Frida.

Fast cars and superstars highlight Sam Bennett’s feed, with posts from a Drake concert and his new ride being posted recently.

While his posts are sometimes few and far between, Bennett also showcases his work with the Calgary Flames Foundation.

While many of the Flames younger players like to show off on their feeds, Michael Frolik is a family man through and through with plenty of photos of his wife and two kids.

One of the bigger golfers on the Flames roster, Frolik also isn’t afraid to show off some of the courses and PGA legends (John Daly) he’s met along the way.

Fairly quiet on the Instagram front, expect ‘Johnny Hockey’ to only post a handful of times every few months.

Whether it’s his love for his Philadelphia Eagles or his new dog ‘Bailey,’ Gaudreau does provide an interesting look into the life of the Flames superstar.

For Calgary netminder Jon Gillies, it’s easy to see that dogs and family are near the top of his priority list.

Most of the goaltending giant’s Instagram posts show off trips with his family from Disney World to Michigan, while he’s also seemingly eager to let people know about his new addition ‘Zorro’ the malamute.

Benchwarmers in the Vineyard

Brought over from Carolina in the Dougie Hamilton trade, Noah Hanifin’s Instagram feed is equal parts fun and business.

From hanging out with buddies during the offseason to giving Flames fans a glimpse into their recent trip to China, Hanifin looks already comfortable with the Calgary market in mind.

Had a great time at my first Stamps game today! Even got to ride Joker! 🐎

For some NHL players, it can be tough getting involved with the community during their rookie season as they try to adjust to the pro lifestyle.

But Mark Jankowski isn’t like most players, as he’s been spotted at Calgary Stampeders games, racing go-karts at Speeders in Calgary, and a number of photos wearing the flaming ‘C’.

Don't know how he pulled it off, but very proud of @ryanlazar_ for graduating high-school!

Very seldom seen not sporting a smile, Lazar likes to keep it simple on his Instagram feed with photos of Flames trips, family, and his two dogs.

Personal favourite was from last year however, as he showed that a dog carrier can be both fashionable and practical.

One of the newer additions to the Flames roster, Elias Lindholm loves to showcase both playing photos and soccer games to his 26,000+ followers on Instagram.

Another common theme is a black and white filter on some of his photos, which look pretty cool surrounded by tens of thousands of fans at the FIFA World Cup.

Getting close to 100,000 followers on Instagram, James Neal brings more than just snarl and goal-scoring ability to the Flames.

From the ESPY Awards to photos after winning the Western Conference title with the Vegas Golden Knights last year, Neal has kept fairly consistent on the social media platform.

Happy Mother's Day to the rock of our family, Bonnie. Nothing makes me happier than seeing you with our eternal family. You amaze me every single day! We love you!

Like Michael Frolik, Derek Ryan’s Instagram feed gives fans a look into his family and how life off the ice is for the 31-year-old.

Most of his photos feature his adorable children Zane and August, who steal the camera even more than their NHL famous father.

Like a box of chocolates, you really never know what you’re going to get with Matthew Tkachuk, who is one of the more active users of Instagram on the team.

Featuring draft day with his father and recently drafted brother, his feed can also flip on a 180 and give a shoutout to yodelling prodigy Mason Ramsey.

Canada’s captain at the World Juniors earlier this year, Dillon Dube has made the opening night roster and will soon make his NHL debut.

The 20-year-old shows off many photos with friends and family, as well as his apparent love for Snoop Dogg.

Also set to make his NHL debut is 19-year-old defenceman Juuso Valimaki. Calgary’s first-round pick in 2017, Valimaki appears to be a soccer fan, traveling to Russia for the FIFA World Cup this summer.