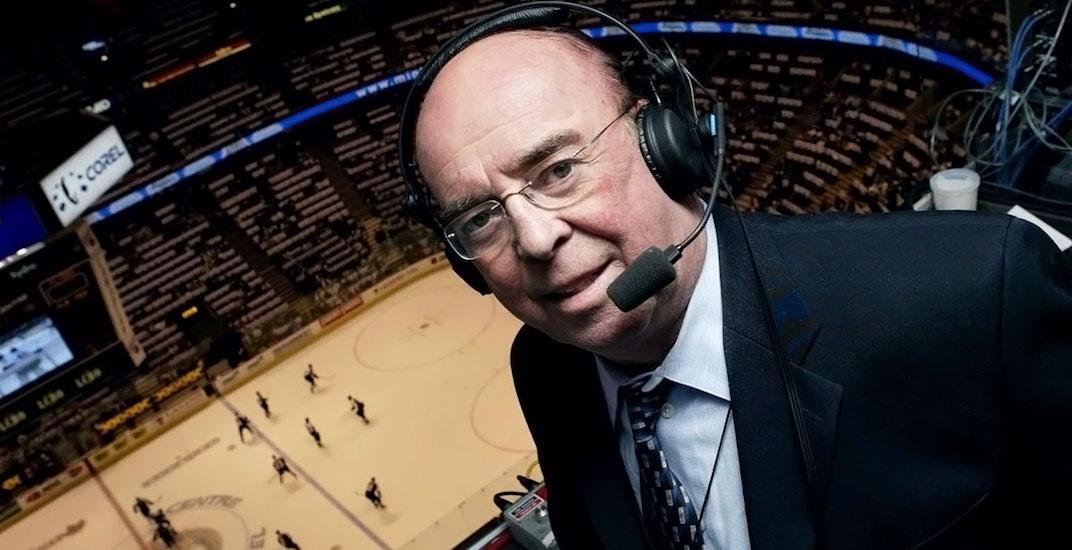 Soak it in, Canada, because he won’t be here for long.

Bob Cole’s retirement plans were announced on Thursday, as the 85-year-old broadcasting legend will call just 10 more games on Hockey Night in Canada this season before hanging up his headset for good.

There are few play-by-play voices more legendary than Cole’s, which has been heard on Hockey Night in Canada for 50 years.

“Hockey has been my passion for as long as I can remember,” said Cole. “It’s been an honour and a privilege serving Canadian hockey fans across the country and being part of the Hockey Night in Canada institution. I’m looking forward to getting to the rinks for this last season, seeing familiar faces and getting out there to do what I love most in the world.”

The pride of Newfoundland, Cole began his broadcasting career in radio in his hometown of St John’s. He’s collected an impressive list of awards since then, including a Gemini in 2007 and the Order of Canada in 2016. He was inducted into the Hockey Hall of Fame in 1996.

“There are so few broadcasters and voices in sport that transcend the way Bob’s has over the last half a century and we are honoured to have him call this last season for Sportsnet on Hockey Night in Canada,” said Sportsnet president Scott Moore. “Bob is a true professional in this industry and he will pour his heart and soul into these games, focusing on doing the job that he loves and delivering the call to our hockey audiences from coast-to-coast.”

It feels like Cole has been around forever, and in many ways, he has. While Foster Hewitt’s call of the 1972 Summit Series is what gets replayed over and over, Cole was there too, calling games on radio. He was Hockey Night in Canada’s top play-by-play man for many years, routinely getting the call for top events, such as the Stanley Cup Final and the Olympics.

Cole called his last Stanley Cup Final in 2008, seeing his workload scaled back gradually since then. He wasn’t picked for any playoff games this spring, a decision he wasn’t happy about.

Cole’s next broadcast is scheduled for October 6 in Pittsburgh, for a game between the Penguins and the Montreal Canadiens. His last game will come sometime during the first half of the season, according to Sportsnet. Details of a tribute in his honour will be released at a later date.