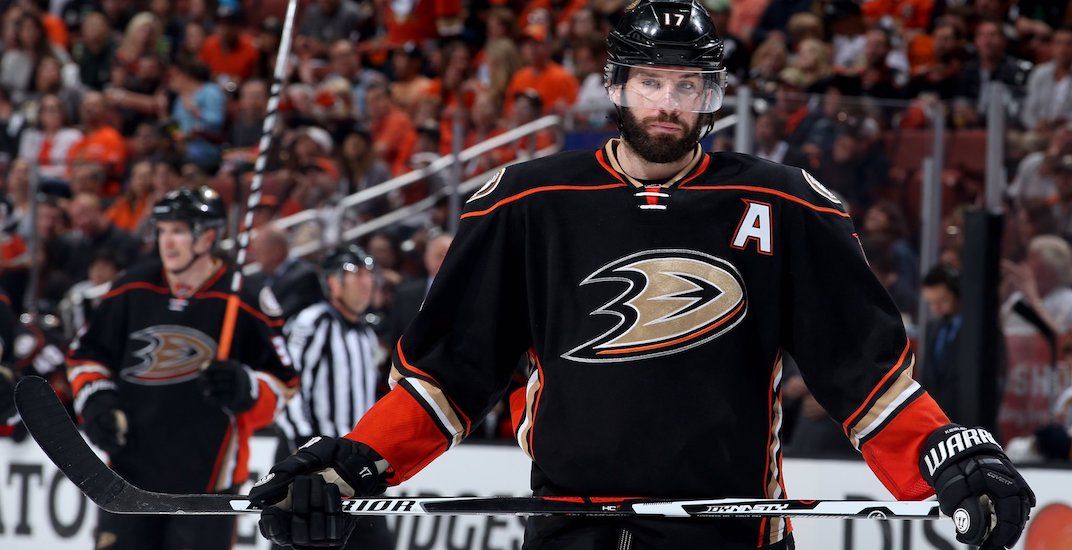 In a salary cap era, contract management is critical for building a Stanley Cup contending team in the NHL.

Unfortunately, hockey executives often make mistakes by rewarding their own players with lucrative contract extensions incommensurate with their true value, or by paying a hefty premium on the free-agent market.

With that in mind, let’s use last season’s performances to identify some of the most overpaid players in the league today.

When examining forwards, I looked at cost per point of skaters carrying at least a $4 million cap hit. To be eligible for this list, forwards needed have played in at least 40 games. 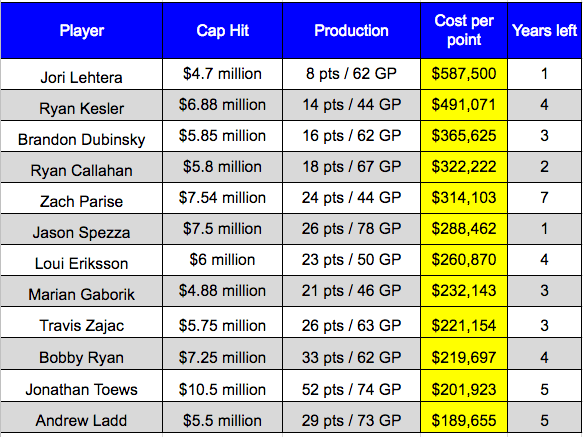 The most surprising player on this list is Jonathan Toews. The three-time Stanley Cup champion remains a productive first-line centre, but it’s hard to justify his $10.5 million cap hit – one that ranks behind only Connor McDavid and John Tavares league-wide. It’s important to recognize though, that Toews’ defensive plaudits and intangibles provide greater value than this method of evaluation can capture.

Particularly concerning for teams are that most of these players still have three or more years left on their contracts.

The scariest deal probably belongs to Zach Parise, who at 34 years old, has seven years to go on his current agreement. Add Parise’s many injury problems to the equation and you have a recipe for disaster.

Ryan Kesler contributes more than points for the Anaheim Ducks, but his scoring dried up following his most recent battle with injuries.

Points aren’t even close to being the best way to evaluate defencemen, but it’s a convenient and decent starting point with regards to finding overpaid blueliners.

I once again looked at cost per point for skaters making more than $4 million – this time only including players who appeared in at least 50 games. 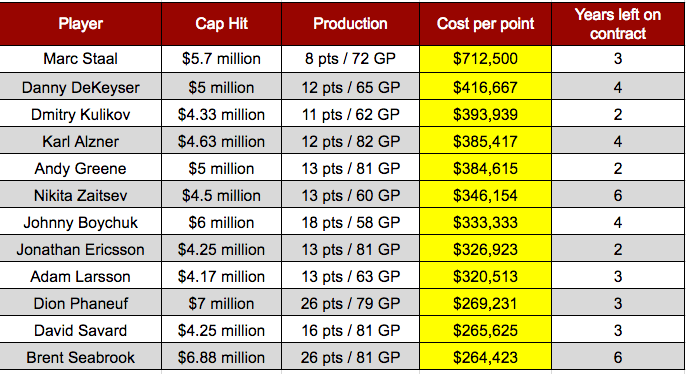 Adam Larsson and David Savard are victims of our simplistic evaluation approach. Both are quality shutdown defencemen who can also move the puck effectively. They may not score many points, but they’re certainly undeserving of a spot on this list.

How to pay goaltenders is something NHL GMs haven’t figured out how to do properly yet.

The year-over-year volatility in a netminder’s play leaves many teams overcompensating significantly for subpar play. In fact, a quasi-study by Travis Yost from earlier this offseason saw almost no correlation between how much a team is paying for a goalie and their save percentage.

As the author of the article described it, for every high-paid goalie playing at an elite level, there’s a similarly compensated one delivering well below par. That assertion bears itself out when examining last season’s performances.

The list above features historically elite goalies such as Carey Price, Cory Schneider, and Braden Holtby. They may appear overpaid by last year’s performances, but each has the capability of living up to their expensive contracts when in good form.