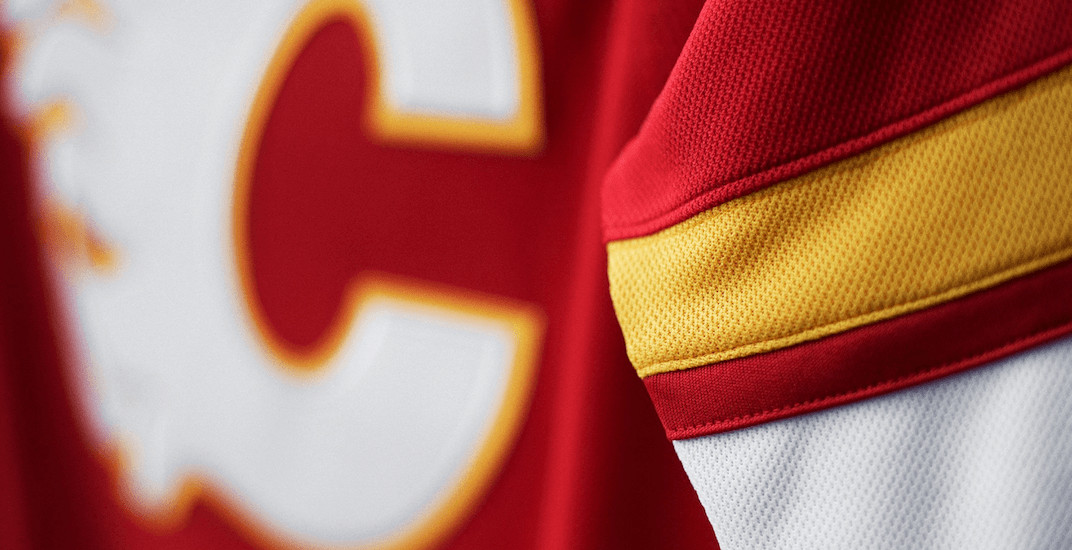 The Calgary Flames are kicking it old school for their third jersey and no, it doesn’t involve a flaming horse.

They’ve selected a look from the Lanny McDonald era – the same one they wore when they lifted the Stanley Cup in 1989.

The @NHLFlames are going old school with these beauty third jerseys by @adidashockey. 🔥🔥🔥🔥 pic.twitter.com/mzTG2GZ4OK

The NHL did away with third jerseys last year, going with home and away uniforms only for one season following the introduction of Adidas as the league’s official jersey supplier.

Teams are now free to pick an alternate uniform, with many electing to go with a retro look.

The Flames will wear their retros 12 times during the 2018-19 season, beginning against the Vancouver Canucks at the home opener:

"The Calgary Flames' 1989 Stanley Cup Championship uniform is one of the most memorable hockey jerseys ever."@adidashockey designer Matty Merrill talks about our new third jersey! pic.twitter.com/y2nIGQ6HTy