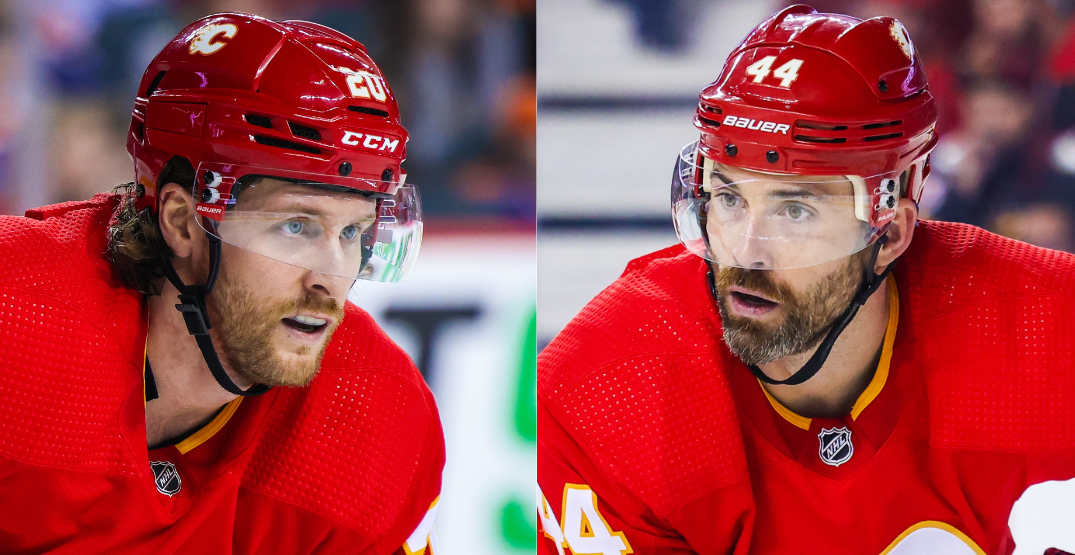 The Calgary Flames were running hot at practice Friday.

And it boiled over a bit.

According to Postmedia’s Kristen Anderson, Forward Blake Coleman and defenceman Erik Gudbranson reportedly had a bit of a dust-up at practice, which saw the two exchange some unpleasantries.

The pair, according to Anderson, got into a “shoving match” and shared words during a battle drill.

“It’s good. It’s a contact sport,” Calgary coach Darryl Sutter told media following the practice. “We need some more guys like that. Those two guys that were out there banging each other? Those are two bangers, right? We need some of them guys that are pillow fighting to do a little bit of that.”

"It's important that as a group, they pull each other and that's the focus."

Darryl Sutter talks about the #Flames mindset through the stretch drive. pic.twitter.com/VdipsoyI6r

Sutter is no stranger to seeing those battles throughout his eight-year playing career in the NHL and his 30-year coaching career.

“These practices are easy compared to what we did back then,” Sutter said. “Not probably. Everybody was. Guys couldn’t wait to do it. You always had rivalries on your own team. That’s what you want, right? Defencemen, forwards… line, line… centre, centre. Creatures of habit. If you do it in practice, then there’s a chance it happens in a game.”

The increased intensity comes during a mimi-slump for Calgary.

The Flames suffered a 4-3 shootout loss to the Los Angeles Kings on Thursday after dropping a 2-1 contest against the Colorado Avalanche on Tuesday.

It’s the first time Calgary has tasted consecutive defeats since a four-game losing streak from January 4-13.

Still, the Flames find themselves comfortably in first place in the Pacific Division, leading the Kings by five points with three games at hand.

But not a lot of reason to rest on laurels.

And no time to let bad habits creep in.

“It’s important as a group that they pull each other,” Sutter said. “That’s the focus. It goes back to trying to change the culture here. It’s not that easy to tell you the truth. Worked really hard at it for over a year now, through the summer, and we’ve still got a handful of guys…it’s difficult.

“This is reality, quite honestly. We make the playoffs; then we took a little step in changing it. That’s all. Very simple.”