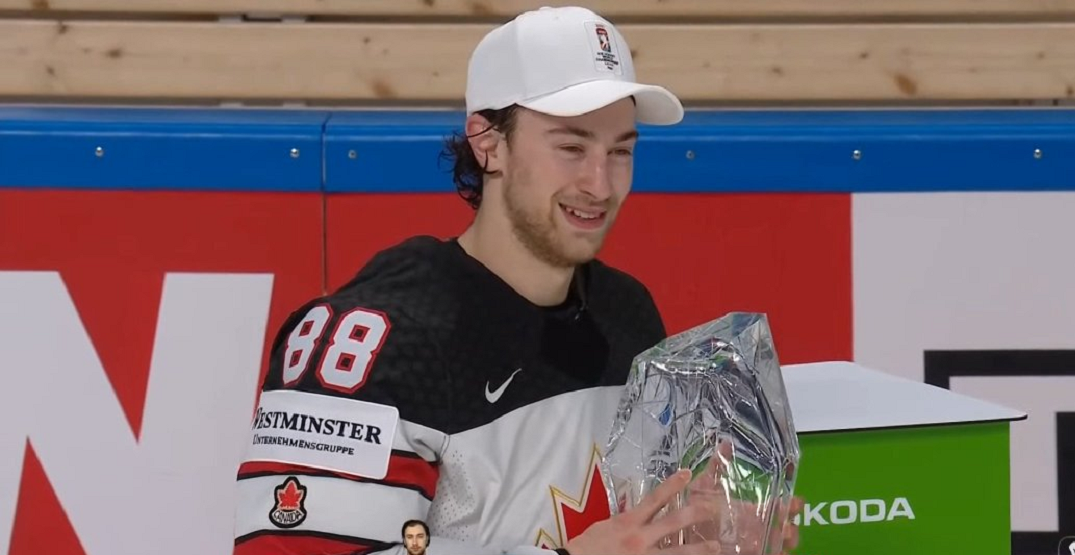 Calgary Flames forward Andrew Mangiapane will hopefully have to never pay for a loaf of bread in Canada ever again.

The 25-year-old Mangiapane was named MVP at the 2021 IIHF World men’s hockey championship, with seven goals and 11 points in the tournament, including an OT winner in Thursday’s quarterfinal.

#CofRed Andrew Mangiapane named MVP of the IIHF Men's World Championship. He recorded 11 points in 7 games (7 G, 4 A), with Canada going 6-1 in those games. They were 0-3 without him in the lineup. pic.twitter.com/7ad7REOZpd

The scrappy winger, who’s earned all sorts of grain-related nicknames over the years due to his last name translating from Italian to “eat bread,” has been a fan favourite in Calgary since his arrival in the 2017-18 season.

Flames fans, as well as the rest of Canadian hockey fans, were quick to show their appreciation for the slick  Toronto-born forward.

🗣🗣For all the kids not drafted to the OHL yesterday: Andrew Mangiapane was undrafted too. Go make it happen. https://t.co/I0VRgjZSpu

seeing lots of “andrew mangiapane so good so underrated!!!!” just btw flames fans knew how good he was already we just kept him a secret from all of u, stay away from him Please pic.twitter.com/UL7dBqOCGv

Cant wait for my Mangiapane jersey to come in, hes a beast

Canada bested Finland by a 3-2 score in overtime of the gold medal game on Sunday, their first victory in the men’s hockey world championship since 2016.