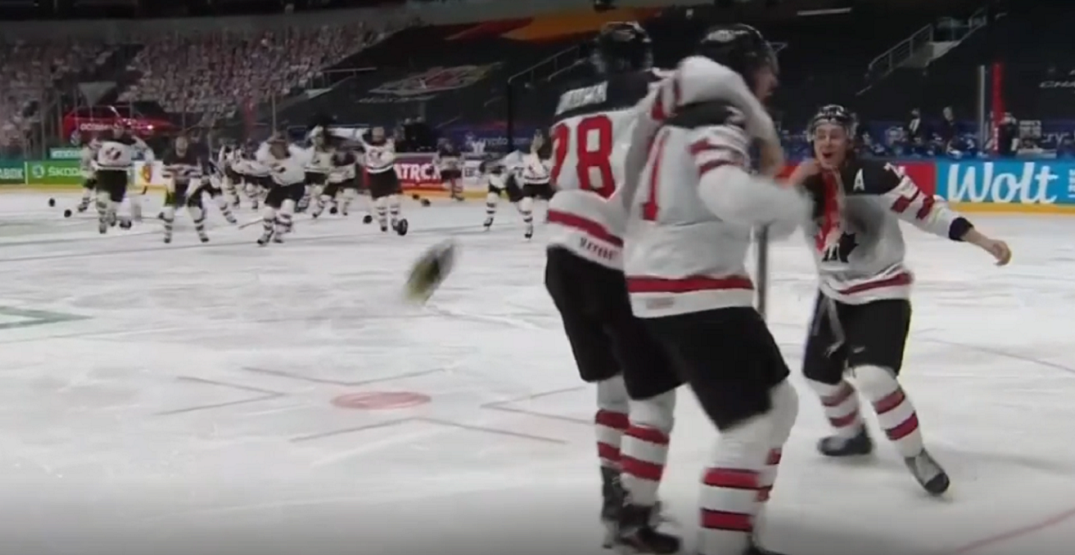 Canada has won the gold medal in the 2021 men’s hockey IIHF World Championship, beating Finland 3-2 in overtime in the final taking place in Riga, Latvia.

Nick Paul scored the overtime winner off a feed from Connor Brown.

After a start to the tournament that saw Canada lose their first three games, it was unclear whether Canada would even make it to the playoff round.

Canada’s Adam Henrique scored the 2-2 goal on the power play with under eight minutes left in the third.

Finland takes the lead 2-1 in the 3rd period pic.twitter.com/sSxCqtrWbD

Maxime Comtois ties it up for Canada 🇨🇦 pic.twitter.com/N8DoV6goEb

Canada did appear to take a 2-1 lead late in the second, but it was called off after a review due to an offside by top 2021 NHL draft prospect Owen Power.

Canada has their goal removed after Owen Power is deemed offside.

IIHF rules state that a player must have their skate on the ice at the blue line to be onside pic.twitter.com/1BYTUINY2u

Finland beat Canada 3-2 in a shootout on June 1 in the team’s final round-robin game.

The United States won this year’s bronze medal with a 6-1 victory over Germany earlier on Sunday.