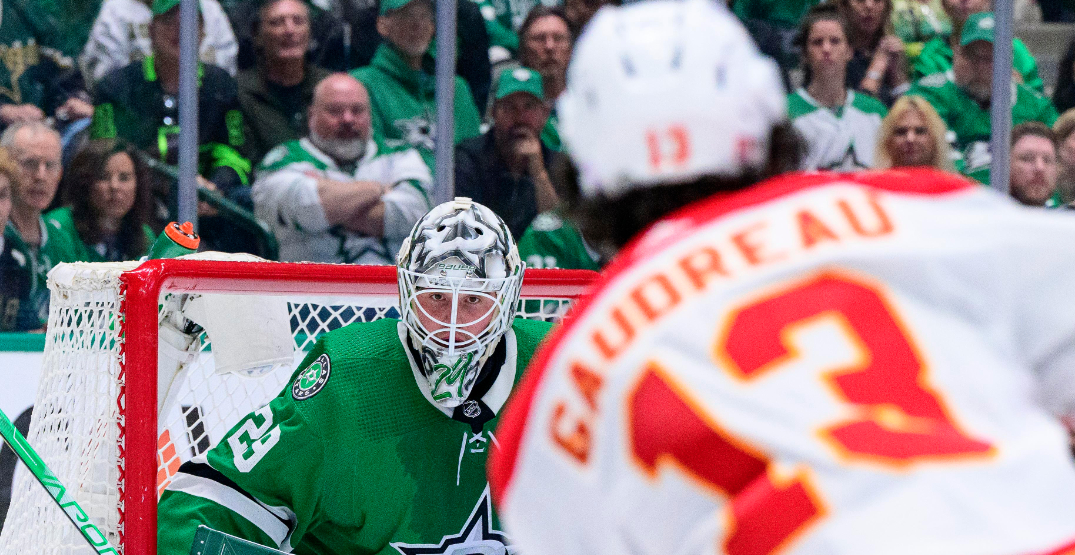 The leg kick and fake trigger pull before shifting forehand-to-backhand and tucking puck five-hole on Jake Oettinger looked like a move Johnny Gaudreau had long envisioned heading into a critical penalty shot late in Game 3 of the Calgary Flames opening-round series against the Dallas Stars.

But he wasn’t thinking about the arm-raising, yell-inducing game-winner that sent the Flames back to Calgary with an even 2-2 series prior to picking up the puck at centre ice at 7:47 of the third.

Quite the opposite, actually.

“I was just thinking I’d had a few good looks there throughout the night. He’s made some big saves on me,” Gaudreau admitted to the media postgame.

“I was a tad nervous there, to be honest with you. It felt like he had my number tonight. I had three or four really good opportunities tonight to put the puck in the net, so it was nice to find the net there, get us a two-goal lead.”

Can’t fault Gaudreau on that one.

It was equally nerve-wracking for teammates.

"Overall, it was a good game and it all started with a good start."

Rasmus Andersson and Johnny Gaudreau talk about the 4-1 win in Game 4. pic.twitter.com/I5HLPvrhpi

The goal, the decider after the Flames closed out the game with a 4-1 win, was Gaudreau’s first of the series. It pushed a then 1-0 lead to a two-goal margin, putting the pivotal game out of reach for Dallas.

It might’ve ignited Calgary’s leading scorer, who now has four points (one goal, three assists) in four games in the series after an NHL career-high 40 goals and 115 points in 82 games in the regular season.

“I feel like, since Game 1, I’ve been playing well, playing hard against this team,” Gaudreau said. “Obviously, the results weren’t there last game, had a breakaway two minutes left, wanted that one back. And then tonight, little different story. Found the net. That’s the way hockey is.

“Can’t score them all, but it was nice to find the back of the net and help this team win a game here tonight.”

Calgary has had problems solving Oettinger in the series.

Gaudreau isn’t alone in that.

Even despite surrendering three goals — the fourth was into an empty net — Oettinger has a minuscule 1.53 goals-against average and a massive .960 save percentage in the series.

He’s now stopped 143 of 149 shots, including facing a Flames franchise-record 54 in Game 4, the most by a Calgary team that did not require overtime.

Despite Oettinger’s best efforts, the series is now a best-of-3, with two games on home ice for Calgary.

Action resumes in Game 5 at the Saddledome on Wednesday.

“Just exciting to get that win, I think,” Gaudreau said. “It was a big game for us. Before heading back to Calgary, here we wanted to tie this thing up and just look at it one game at a time.

“Now the game’s over, and we’ve got to do it again on Wednesday.”