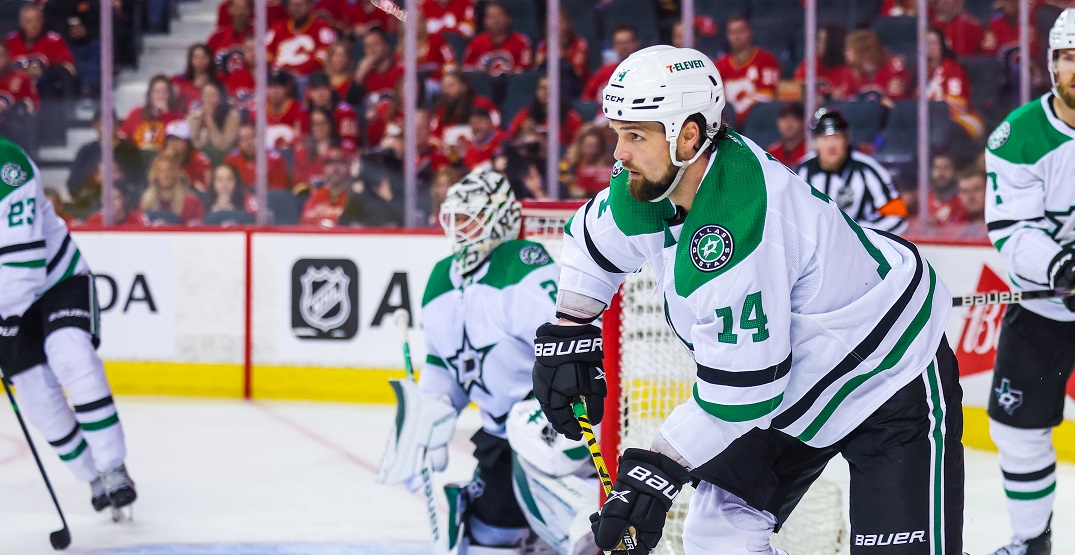 Jamie Benn is a little lighter in the pocket book today.

At a postwhistle scrum 10:06 of the second period during last night’s Game 3 between the Dallas Stars and the Calgary Flames, Benn hit Andrew Mangiapane with a high stick in front of the Dallas net.

Sporstnet’s camera crew wasn’t quick enough to capture the moment live, but it seems someone at the NHL did.

The NHL’s Department of Player Safety struck down a $5,000 fine to Benn for the play, with the money going to the NHL’s Player Assistance Fund.

Dallas’ Jamie Benn has been fined $5,000, the maximum allowable under the CBA, for High-sticking Calgary’s Andrew Mangiapane.

Jamie Benn might’ve got off easy, though — and not just for the high-stick. Benn seemed to take out Calgary’s Chris Tanev in a slewfoot fashion a few minutes prior to the incident with Mangiapane, but no call was made on the play.

Dirty Jamie Benn got away with a slewfoot there. #Flames #CGYvsDAL #Flames pic.twitter.com/nVTgwwow3H

Though he was held off the scoresheet in every column, Benn and the Stars came through on the evening for a 4-2 win to take a 2-1 series lead.