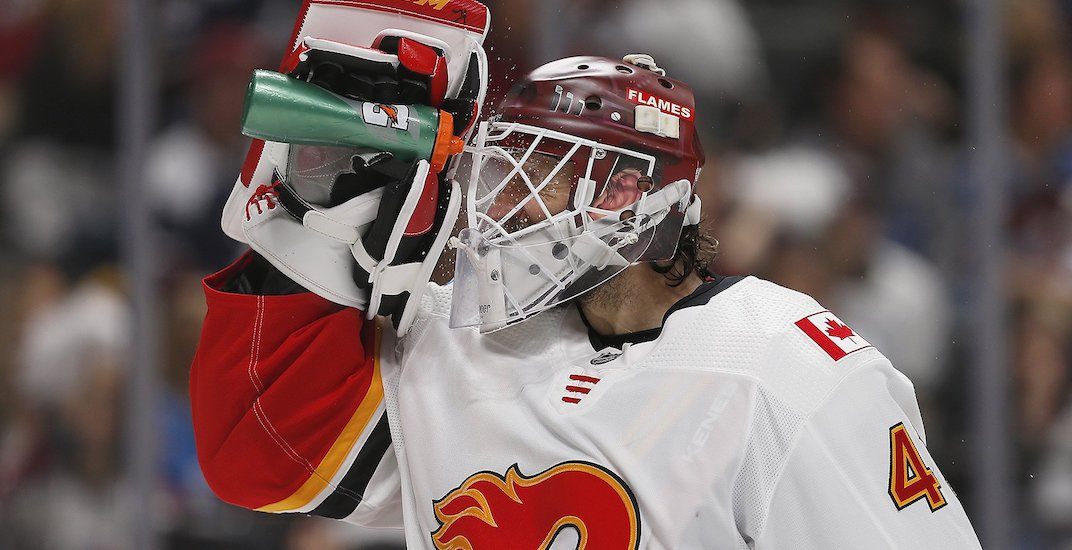 “It’s our biggest game of the year.”

Those margins just got a whole lot thinner as the Flames now find themselves in a 3-1 series hole after blowing a late lead and falling in overtime 3-2 to the Colorado Avalanche.

It was Avs forward Mikko Rantanen playing the villain, scoring both the game-tying goal and overtime winner to sink the Flames.

In OT, Calgary had as good a chance as any when Avalanche defenceman Ian Cole took a penalty, but the Flames came up empty. Not long after the penalty was over, Rantanen struck to end the game.

Prior to that, with just over three minutes left in regulation, Mikael Backlund was called for a tripping penalty, putting Colorado on the man advantage. Colorado Forward Nathan MacKinnon made a pretty pass to Rantanen, who was able to tip the puck in and force the extra frame.

Mikko Rantanen TIES IT UP LATE.

Avalanche forward J.T. Compher scored just shortly after Ryan, making it 2-1, and that is when things started to unravel for the boys in red.

Despite the loss, Calgary goaltender Mike Smith continued to be one of the biggest storylines this series. He was once again the best Flame on the ice, turning aside 49 shots – making a few jaw-dropping saves in the process – and was a huge reason the game was close.

Gotta glove this save from Mike Smith, our #BudLightBeauty of the night. pic.twitter.com/FDsy9uQO82

As good as Smith has been between the pipes, his counterpart on the other end of the ice hasn’t been all that bad either.

WHAT A SAVE! #StanleyCup

A little brotherly love was also shown tonight from Ottawa Senators rookie Brady Tkachuk, who was in the building to cheer on brother Matthew and the Flames.

Brady even went as far as to chant “Go Flames Go” during an interview between periods. Brady said he is planning on being their to support Matthew once again in the next game. The rookie put up 45 points in 71 games with the Sens this season.

The Flames, now on the brink of elimination, will face their biggest test yet when the series returns to the Saddledome for Game 5 on Friday night.