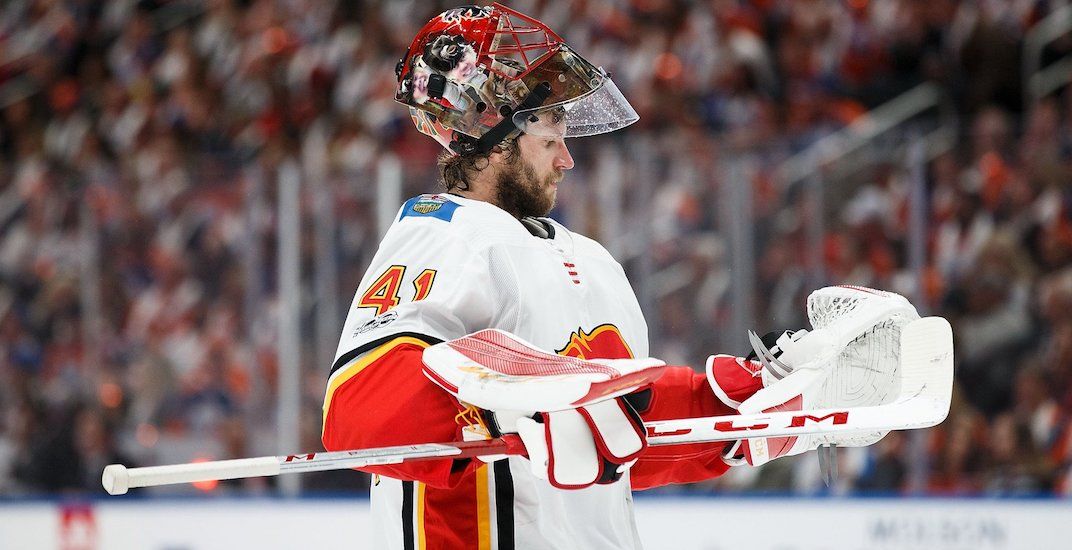 Heading into the first round of the playoffs, one storyline clouded the Calgary Flames.

Despite winning the Western Conference with relative ease during the regular season, there were plenty of people doubting the ability of the Flames to go on a long playoff run.

And you can understand why.

Despite a loaded lineup on forward and defence, there were question marks with both of their goalies. Mike Smith posted a terrible .898 save percentage this year, while David Rittich had a .911 save percentage mainly because of his stellar play in the first half of the season.

Smith silenced his critics after Game 1, delivering a postseason shutout right away. He was good in Game 2 also, stopping 36 of 39 shots he faced in an overtime loss.

And despite giving up six goals in Game 3, it was hard to fault him on Monday.

Still, the decision to keep Smith in the net as the Avalanche peppered Calgary’s net with shots was puzzling.

Head coach Bill Peters had the perfect opportunity to not only give Smith a rest in the third period, but also give Rittich some experience. It would have been good for both goalies.

The playoffs are a grind, particularly for a 37-year-old goalie. Smith had faced 40 shots in the first two periods, and must have been exhausted. Down 5-1, Calgary’s chances at a comeback were all but gone anyway.

Putting Rittich into the game wouldn’t be raising the white flag either, given the Czech netminder was between the pipes for 27 of Calgary’s 50 wins this season.

In Peters’ defence, he says he asked Smith if he wanted to come out of the net.

As one could have assumed, Smith wanted to stay in so Peters said OK.

"We asked him what he wanted to do. He wanted to stay in and battle. That's what he is, right, he's a battler. He made a lot of saves."

But at 37, that workload and likely Wednesday's starter? Puzzling call.

Of course Smith chose to stay in the net. Any athlete worth his salt isn’t going to bow out in that situation.

Imagine if Major League Baseball managers asked pitchers when they wanted to come out of games. I bet you’d see a lot more complete games in that sport.

Peters needed to do what was best for Smith, and his team.

There’s no controversy heading into Game 4, as Smith has earned another start. But let’s be real. Calgary might need Rittich at some point. Giving him his first taste of playoff hockey on Monday would have been good for the 26-year-old.

They certainly need Smith and rest, not “battling,” would have done him the most good.