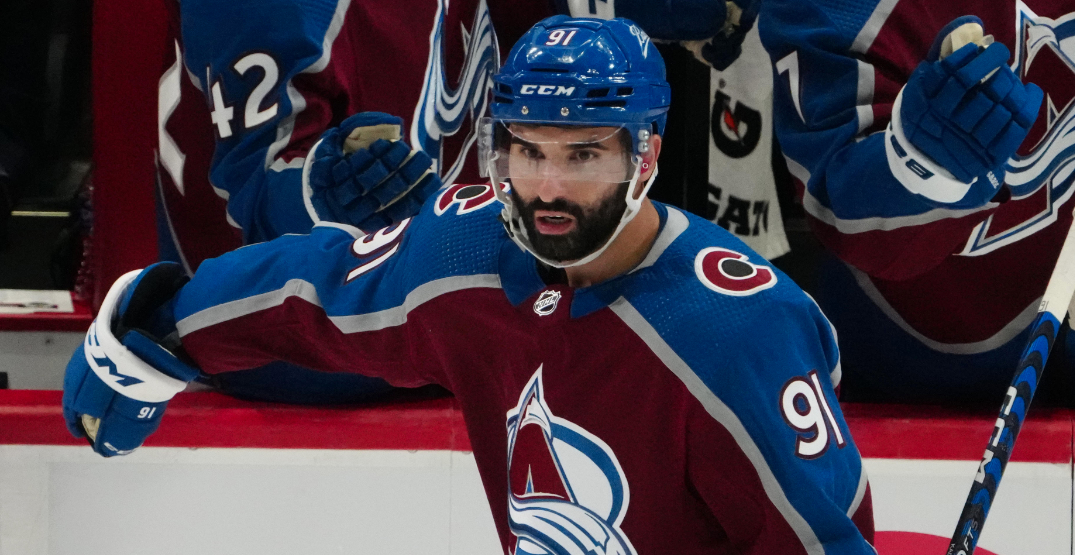 The Calgary Flames are reportedly still in the hunt for Nazem Kadri.

Kadri, the top pivot to hit the open market this summer, won the Stanley Cup with the Colorado Avalanche in June after putting up 87 points (28 goals, 59 assists) in 71 games in the regular season.

Calgary, however, remains a longshot to land the forward.

“I’m told the Flames did speak with Kadri’s camp today, but barring a change of heart on either side there’s no deal forthcoming,” Dean Molberg, formerly of Sportsnet 960, wrote in a tweet Thursday night.

I’m told the Flames did speak with Kadri’s camp today, but barring a chance of heart on either side there’s no deal forthcoming. #Flames

Price is a concern for the Flames.

“Flames still talking to Kadri, but not for the big dollars he’s chasing,” Sportsnet’s Eric Francis tweeted Friday morning. “If the price tag comes down, Flames are in the mix. That said, if the price comes down he’d likely return to Colorado.”

Flames still talking to Kadri, but not for the big dollars he’s chasing. If price tag comes down Flames are in the mix.
That said, if price comes down he’d likely return to Colorado

Treliving didn’t immediately replace Gaudreau in free agency. Instead, the GM made depth moves Wednesday, bringing back Trevor Lewis and adding fourth-line centre Kevin Rooney on a two-year pact, alongside other minor moves.

Kadri, widely regarded as a top-three free agent this summer, would be Treliving’s biggest free-agent splash of the offseason. He has 512 points (219, 293 assists) in 739 career NHL games with the Avalanche and Toronto Maple Leafs.

The forward nixed a move to Calgary three years ago when he was a member of the Maple Leafs, using his 10-team no-trade to halt a move west to join the Flames.

He explained to 32 Thoughts co-hosts Elliotte Friedman and Jeff Marek that it had more to do with hoping to stay in Toronto than it did a dislike for joining the Flames.

“They had a deal in place and they wanted me to move my no-trade clause,” Kadri told co-hosts Elliotte Friedman and Jeff Marek in 2019. “It was no disrespect to Calgary or the Flames organization. I love their team and I love the direction they’re headed.

“I just figured that had I declined, I would have had a better opportunity of being a Maple Leaf next year and that’s really what it came down to. I wanted to play for the Leafs next year. I wanted to be a part of that. In declining that trade I had aspirations of being a Leaf.”