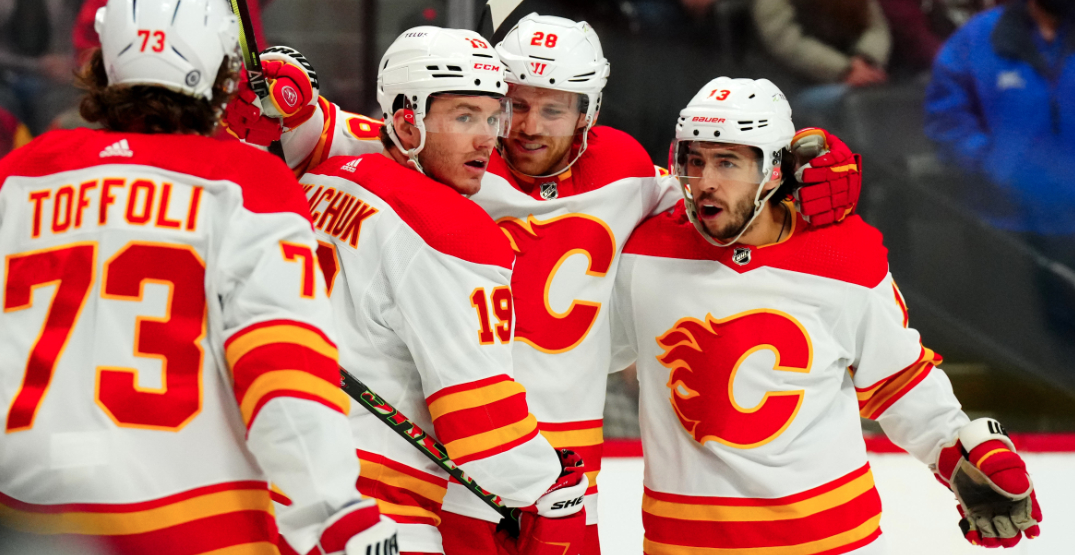 The Calgary Flames will roll out the same contingent for Game 3 of their opening round playoff series against the Dallas Stars, despite scoring just once in the first two games.

Calgary won Game 1 by a 1-0 score. Their only goal came on the power play. They lost Game 2 by a 2-0 mark, with the second goal against coming on an empty-netter.

The Flames have one goal in 120 minutes of action.

“Actually, we had lots of good looks,” Calgary coach Darryl Sutter said Friday. “If you look at who scored the goals in the two games — (Elias) Lindholm in Game 1 and (Joe) Pavelski in Game 2, and the guys who missed chances in Game 2 are the guys who get chances are the ones who get all the publicity for is to finish those chances.

“You’re not going to get a whole bunch. We’re getting the same amount of opportunities we get in the regular season and we’re giving up fewer. That’s playoff hockey for the people who haven’t watched it live for a while.”

The Flames are expected to line up as followed, based on reports from morning skate:

Stars goaltender Jake Oettinger has made 49 consecutive saves and has not allowed a goal in 114:59, dating back to the first period of Game 1.

“We want to score more goals, of course,” Calgary forward Mangiapane said. “But there’s opportunities there for us to score and I think we just have to get more traffic and bodies and pucks to the net and I think that scoring will come. I think the way we’re playing defensively and kind of connected all five together, it’s good. It needs to be continuing like that.

But as far as the offence, just kind of getting that greasy one or bearing down on some of our chances and it’s a different kind of storyline there.

Calgary’s top trio of Johnny Gaudreau, Elias Lindholm, and Matthew Tkachuk have just one goal and three points between the three of them — the only line to produce a lamp-lighter in the series. Each had 40 or more goals, and the line was the NHL’s most productive in combining for 301 points.

Gaudreau has just two shots in the series after finishing the regular season with the second-most productive campaign in franchise history.

“They’re a good defensive team,” Gaudreau said after Game 2. “I thought we had plenty of scoring chances tonight. Their goalie played well. Couple 2-on-1’s, breakaway. I thought we did a good job in their own zone. We’ve just got to score, got to bear down and put the puck in the net, starting with myself.

“We had plenty of chances to put the puck in the net and we didn’t tonight. That’s the bottom line.”