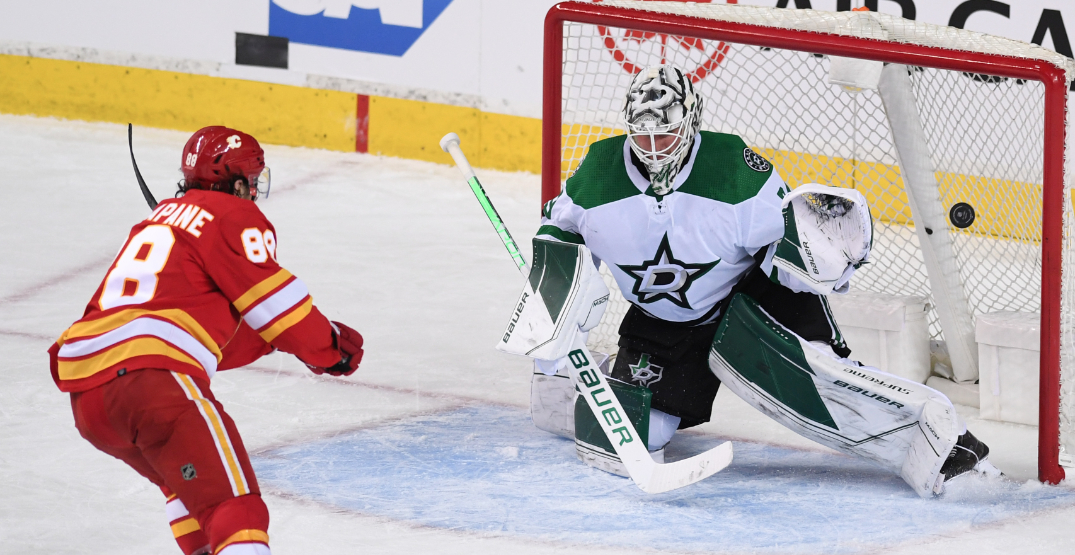 Long before the puck dropped on the Calgary Flames’ opening-round series against the Dallas Stars, the veteran bench boss highlighted the potential impact of the two men that’d stand in the blue paint.

“He’s a pretty good goalie,” Sutter declared last Saturday. “I think if there’s a comparable in the series, it’s the two goalies. If both guys are healthy, both are really good goalies.”

What might’ve generated a slight eye roll at the time in talking, Markstrom, a potential Vezina Trophy candidate and a freshman NHLer, has proven true through two games.

“It’s awesome, obviously,” Oettinger said Tuesday. “He’s been around a long time and seen a lot of goalies, and obviously Markstrom is a heck of a goalie, so whenever you’re in a category with a guy like that, it’s obviously nice. And it’s not just me versus him out there. It’s a lot more complex than that.

“It’s going to be a great series, and I’m going to need to be at my best all series.”

So far, so good. Oettinger has been every bit the proverbial thorn in Calgary’s side.

Twenty-nine of those, of course, came in a 2-0 win in Game 2 to even the series heading back to Dallas, continuing the second-game woes the Flames franchise has had in the last 17 years.

“He’s very calm, he’s very confident,” Stars coach Rick Bowness said. “We’re putting a rookie in a tough situation, and we don’t know how he’s going to react until we give him that opportunity to play in the playoffs. We’re very confident with him, clearly, but he’s handled it very well. He’s a great kid. We keep talking about his character, his work ethic, and all those things are so important this time of year. He’s very confident, and we love his poise in the net.”

Not bad for a 23-year-old kid who entered the 2022 Stanley Cup Playoffs with 36 minutes of postseason playing experience. Through an additional 120 minutes, he’s had just one blemish — a power-play marker five minutes into that Game 1 loss.

Each now has one shutout, too.

“I thought we had plenty of scoring chances tonight. Their goalie played well. Couple 2-on-1’s, breakaway,” Flames leading scorer Johnny Gaudreau said postgame. “I thought we did a good job in their own zone. We’ve just got to score, got to bear down and put the puck in the net, starting with myself.”

Game 3 turns to Dallas on Saturday with the series split 1-1.

Sutter expects a more active group around Oettinger in the hopes of a less comparable result.

“If you get in front of him, that’s part of it,” Sutter said. “We had a lot from the outside, I think, from our top guys. But they’ve got to be a little more…just be around the goalie more, I think.”