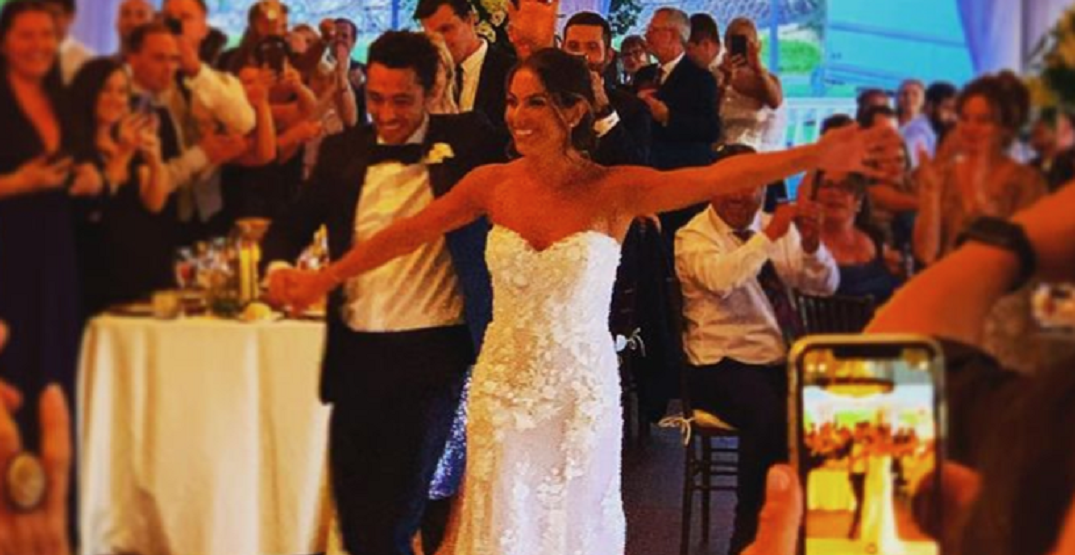 Calgary Flames forward Johnny Gaudreau is officially off, well, one of the markets.

The 28-year-old American winger tied the knot on Saturday in Philadelphia at St. Agatha-St. James Church, getting married to Meredith Morris.

Gaudreau even fist bumped a few of the guests in attendance while walking down the aisle. Could you get any more of a stereotypical hockey player vibe than that?

What a day for a wedding! Congrats to Johnny and Meredith! pic.twitter.com/FsJdnKLgh7

Gaudreau and Morris announced their engagement in August, 2020.

Flames forward Matthew Tkachuk was also among the guests in attendance.

Johnny Gaudreau has played 520 games in his NHL career, all with the Calgary Flames organization. Since being drafted in the fourth round by Calgary back in 2011, Gaudreau has scored 170 goals and added 324 assists for a total of 494 during his time with the Flames.

Gaudreau has just one year left on his contract however, as he’s set to hit unrestricted free agency next season.

Many Flames fans are hoping that the wedding won’t be the only big news for Gaudreau this offseason.

Now time to give him a wedding gift by extending him