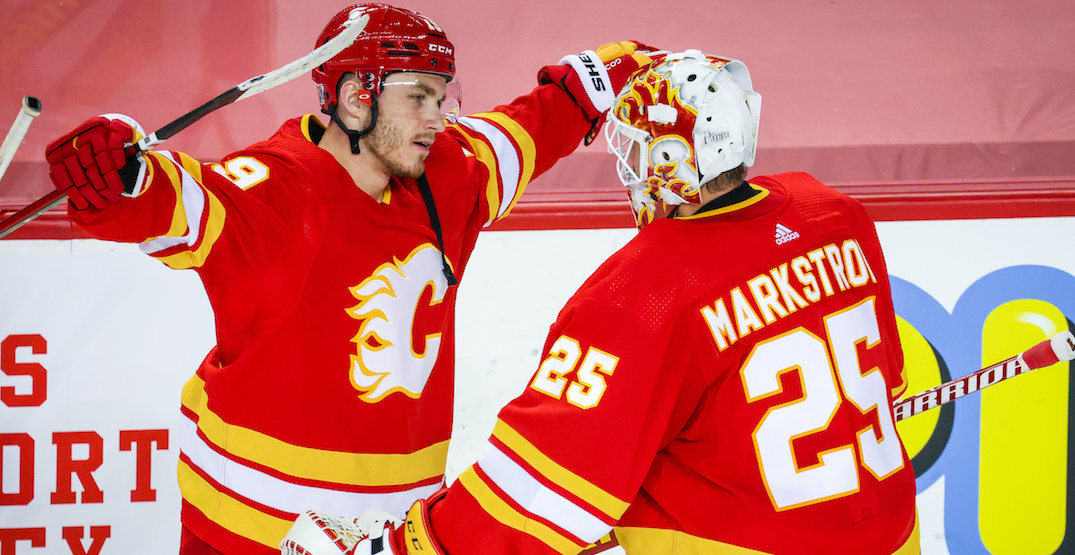 It’s official, National Hockey League players will return to the Olympics for the first time since the 2014 Games in Sochi, Russia. The last time NHLers hit the Olympic ice, the only Calgary Flames players involved were Ladislav Smid (of the Czech Republic) and Reto Berra (of Switzerland).

When the puck drops at Beijing 2022, expect a lot more Flames flavour on the ice.

One of the NHL’s top American scorers since entering the league, Johnny Gaudreau has also been a prominent member of many of USA Hockey’s national teams. He’s undersized, but he boasts speed and skill unlike much of what the American squad has to offer.

If Gaudreau brings speed and skill, Matthew Tkachuk brings grit, physicality, and the ability to antagonize opposing players. Another USA Hockey stalwart, Tkachuk has been a difference-maker for the Flames frequently since joining the club. His tenacity and ability to sucker opponents into taking silly penalties could be invaluable in such a short, evenly-matched tournament.

Elias Lindholm is a young forward that plays like a wily veteran, combining speed and skill with a game well-versed in form and structure. Calgary’s top centre can also play the wing and adds versatility and goal-scoring to a talented Swedish group.

One of the NHL’s top goaltenders, Jacob Markstrom has been a workhorse since becoming a starter — first with Vancouver and now with Calgary. He’s among the statistical leaders in most categories among Swedish NHLers and he can be relied upon to start several games in rapid succession. When he’s healthy and on his game, few are better.

A recent developmental success story, Adam Ruzicka has emerged as one of the top young prospects in the Flames system. He was a major factor in Slovakia’s recent qualifying tournament victory that punched their ticket to Beijing, scoring a pair of goals.

They’re in the mix

Mikael Backlund might not score as much as he has in the past, but the veteran Swede is a smart and savvy two-way forward who is leaned on in Calgary to shut down the NHL’s best offensive players. He’s also a veteran of Sweden’s national team, leading them to the 2018 World Championship gold medal as team captain.

Nikita Zadorov isn’t a major offensive blueliner, but he’s carved out a niche in the NHL as a reliable stay-at-home defender. Depending on how many KHL blueliners make the club, Zadorov should find himself on the Russian roster in a depth role.

Juuso Valimaki bounced back from a major knee injury in 2020-21, cementing himself as a full-time NHLer. If the young Finn can take another step in his development and push for a bigger role on the Flames blue line early in the season, he should be able to force his way onto the Finnish roster. But like Zadorov, his chances are also hinging on how many KHL or Liiga players the national team chooses to include.

Possibly the best Flames prospect nobody knows much about, the burly Martin Pospisil played through a shoulder injury in 2020-21 for Stockton but emerged as one of the organization’s top players before his year ended due to a knee injury. If he’s fully healthy, his size and nose for the net could be invaluable for Slovakia.

Daniel Vladar likely won’t factor in as a starter, but Markstrom’s new backup in Calgary is one of many young Czech goaltenders vying for the third spot on the roster. If Vladar can impress in the few NHL appearances he’s likely to get, he could make the Czech roster.

They’ve got a chance

The Flames had hoped that Rasmus Andersson would take a big step forward in 2020-21, but instead teammate Noah Hanifin did. Hanifin likely has a very uphill battle to crack the American lineup, but Andersson is a right shot defender whose offensive numbers rank near the top of similar Swedes. He’s far from a lock, but he can likely give himself a fighting chance with a more consistent start to this coming season.

Blake Coleman’s counting numbers — his goals and assists — aren’t overly flashy when compared to other American forwards. But he’s won back-to-back Stanley Cups and is the type of depth forward that can help his team in any situation. The jack-of-all-trades winger could carve out a spot for himself on a packed Team USA.