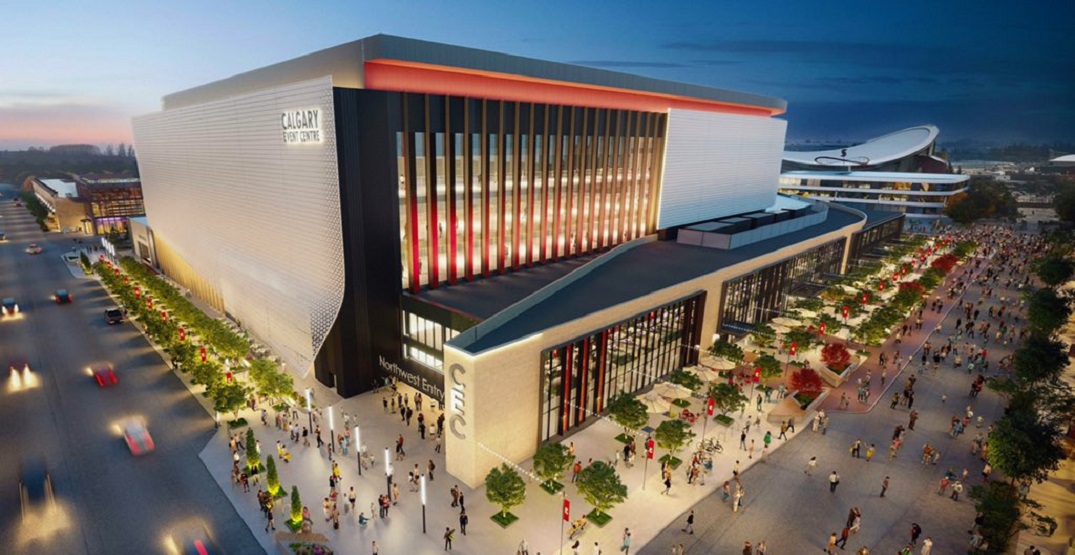 Calgary city councillor Jeff Davison likely wasn’t expecting the blowback he got when he tweeted out renderings of the Calgary Event Centre, slated to become the Flames’ new arena in 2024.

“The new Event Centre continues to evolve and take shape!” Davison posted with a flame emoji, but the response was overwhelmingly negative.

For the most part, Flames fans weren’t all that happy that a new building showed little character compared to the city’s iconic Saddledome.

I didn't know we were getting a new water treatment plant downtown. #yyc #yyccc https://t.co/bNhAd6dBsq

Put a cowboy hat on it you cowards https://t.co/d8o4F09OZi

I hope this continues to evolve because so far it is very underwhelming. It currently looks like a combination of an airplane hangar and a boring suburban hotel.

Whatever your feelings are behind the renderings, one thing is clear: the Flames are probably in need of a new arena regardless. Calgary has played at the Saddledome since 1983, making it the second-oldest arena in the NHL behind Madison Square Garden in New York.