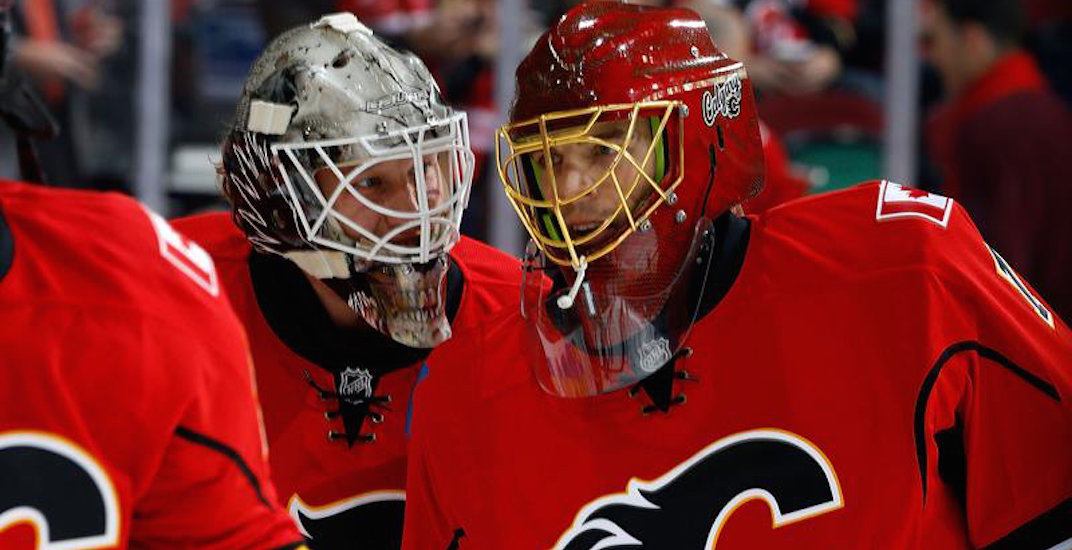 NHL players aren’t going to the Winter Olympics this year, but that doesn’t mean there won’t be some familiar names to watch for.

That’s particularly true for fans of the Calgary Flames.

Fans will recognize the names of a few players on Team Canada, including former Flames Rene Bourque, Mason Raymond, and Linden Vey. Those players now play for teams in Europe, as do a pair of former Flames netminders.

In fact, Calgary’s goaltending duo from just two years ago is going to PyeongChang 2018.

Jonas Hiller and Karri Ramo, who shared the crease in Calgary just two years ago, were named to their respective country’s Olympic teams on Monday.

Hiller, a member of the Flames in 2014-15 and 2015-16, has been named to Switzerland’s Olympic team for a third straight Games. The 35-year-old Swiss netminder has played the past two seasons back home for Biel HC.

Karri Ramo meanwhile, has been named to Team Finland’s Olympic roster for the first time. The 31-year-old played three seasons with the Flames between 2013-2016, before returning home to play for Jokerit Helsinki in the KHL.