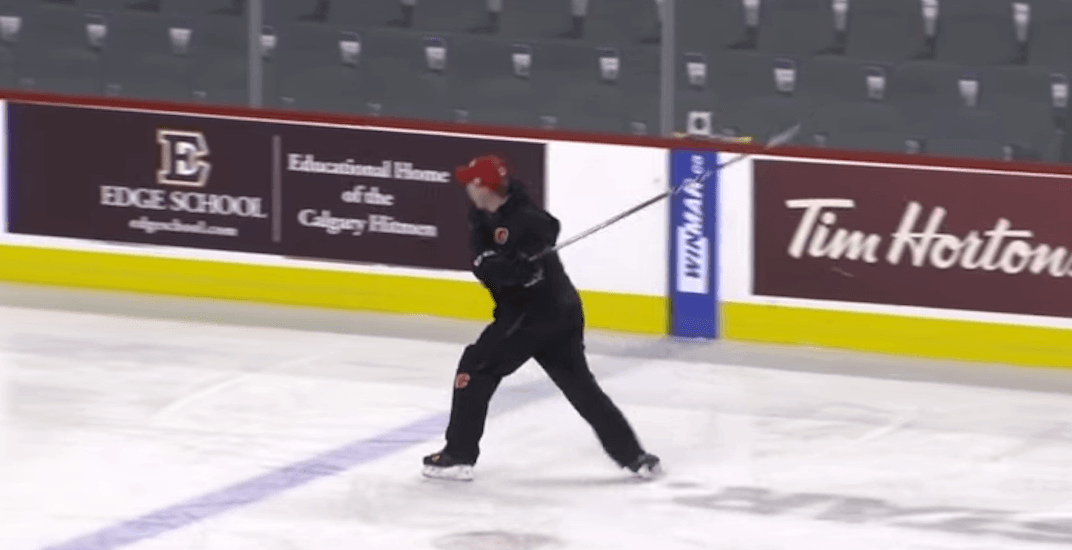 As far as head coaches go, Glen Gulutzan is a pretty mild-mannered guy.

But the second-year Flames head coach has a burning desire to win. On Friday at practice at the Saddledome, he reached a breaking point.

Or should we say, launching point?

Feeling that his team was resting on their laurels after back-to-back wins over the Blackhawks and Kings, Gulutzan gave the team a piece of his mind.

He gave an expletive-filled rant directed at the entire team, ending with throwing his stick angrily into the stands.

“We’re so *bleeping* good,” said Gulutzan to his team, sarcastically. “Did you check the *bleeping* standings?”

The stick landed in the last row of the lower bowl, traveling 21 feet, as TSN’s Gino Reda hilariously outlines in this video:

With a 20-16-4 record, the Flames are three points out of a playoff spot one game ahead of the halfway mark of the season. We’ll see if Gulutzan’s tirade motivates the Flames on Saturday when the Anaheim Ducks come to town. Calgary has won more than two games in a row just twice this season.