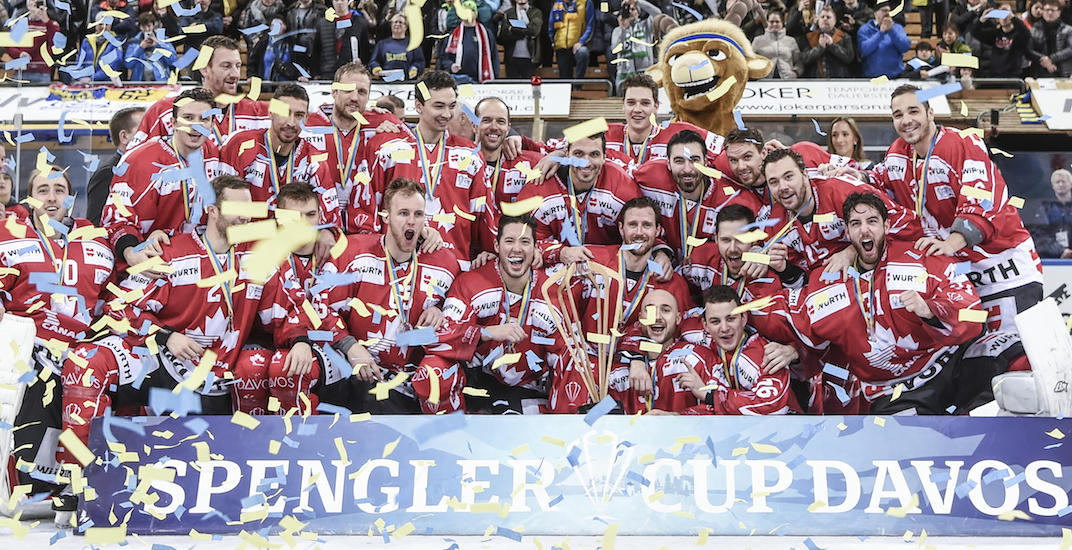 For the third year in a row, Canada has been crowned champions of the Spengler Cup.

The annual hockey tournament in Davos, Switzerland was first held in 1923 and is always a spectacle. But given the time difference and the fact that it competes with the World Junior tournament held at the same time, it’s often overlooked in Canada.

It shouldn’t be this year.

With NHL players not participating in the Olympics in February, this year’s Spengler Cup served as the last tune up for Canada before PyeongChang 2018. It’s also the last chance for Sean Burke and the management team to make evaluations before final selection of the Olympic team on January 11.

Led by former Vancouver Canucks head coach Willie Desjardins, Canada had a dominant tournament with a roster primarily composed of players from European leagues. They won all four games by multiple goals, including the final, beating the Swiss national team 3-0.

Kevin Poulin picked up the shutout for Canada in the final. The former New York Islanders goaltender made a great case for a spot on the Olympic team, turning aside all 36 shots he faced, including a spectacular leg save in the final minute.

“Every time you win a tournament it’s always a great feeling,” said Poulin. “We had a special group, we played well, we played hard and the Team Canada way all along and I think we deserved the win tonight.”

Also making a great case was defenceman Maxim Noreau, who plays for Bern SC in Switzerland. Team Canada’s captain led his team in scoring during this tournament, scoring seven points in four games.

Noreau’s booming slap shot goal from the point gave Canada a 2-0 lead in the second period of the final. He also added an assist on the opening goal from Zach Boychuk. David McIntyre notched the third goal for the Canadians.