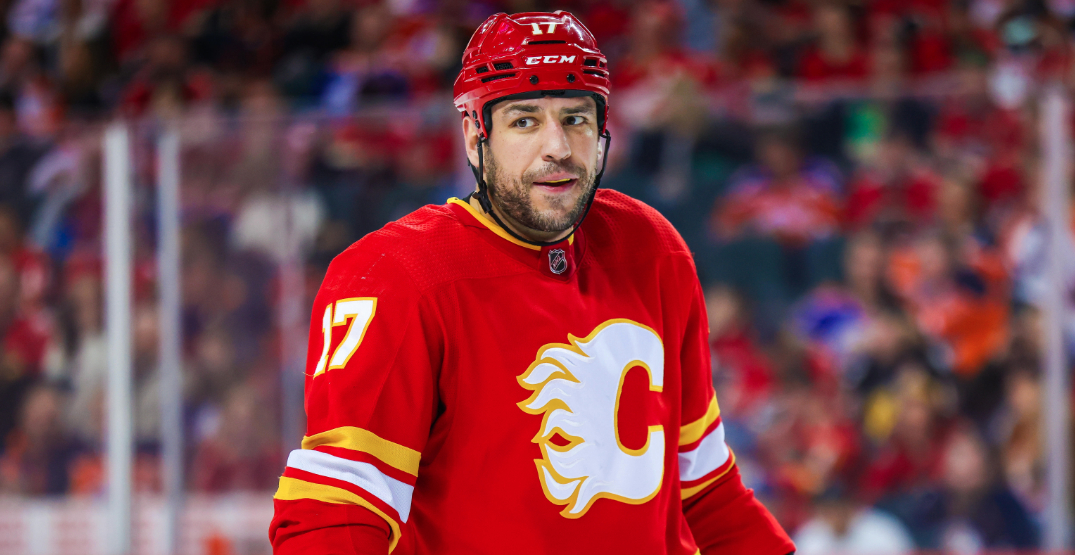 The Calgary Flames have had an absolute miserable time in Game 2’s.

So much so, that the Flames are on an 11-game losing streak when it comes to the second game of a playoff series. That spans back to Calgary’s Stanley Cup run in 2004.

The good news is the Flames have a 1-0 series lead in their opening-round series against the Dallas Stars, with a chance to take a 2-0 edge with the series turning to Texas on Saturday.

A pivotal game, as most are this time of year.

“You saw the teams that bounced back last night to even up the series,” started veteran forward Milan Lucic, who has a Stanley Cup ring from his time with the Boston Bruins in 2011.

“They were all ready to go and ready to play to get themselves back in the series. Dallas is a veteran team that’s got a lot of playoff experience and they’re a team with a lot of players with a lot of pride. They’re going to up their game. That’s what we need to do as well.”

Lucic may or may not be aware of those second-game stumbles from the Flames.

It does date back, after all, to well before even his NHL career.

The 33-year-old would’ve been 16 the last time Calgary left the Game 2 with a winning vibe — a 4-1 win against the San Jose Sharks in the 2004 Western Conference Final.

That means the streak started in the Stanley Cup Final against the Tampa Bay Lightning.

Busting that slump, which includes a 5-4 loss in Game 2 to Dallas in the Western Conference First Round in 2022, will be critical.

Making Thursday’s affair at the Saddledome all the more valuable.

“It goes into the preparation this morning that carries throughout the day to make sure that we bring our ‘A’ game here tonight,” Lucic said.

“Because we’re going to need it.”