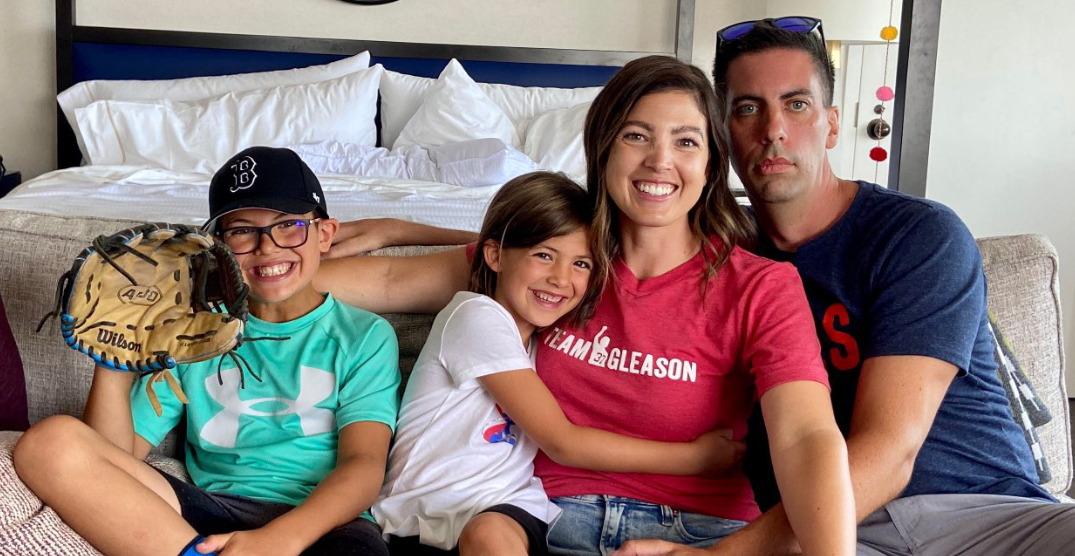 The #SnowyStrong campaign has hit a significant mark.

Two years after being diagnosed with ALS, Calgary Flames assistant general manager Chris Snow and his family have raised over $500,000 — $506,061 to be exact — to help fund ALS research and new treatments.

These two have been smiling all week. After Cohen on a whim emptied his wallet in came the replies. #CopyCohen. Matching Cohen! And in came $18,525. In less than 2 years we surpassed our goal of $500,000. We are so grateful and, best of all, we are just getting started. #EndALS pic.twitter.com/eA1ipiS7nK

The push across the campaign’s finish line came after son Cohen volunteered up birthday and allowance money earlier in the week.

Over $18,000 poured into the cause in a span of five days to match Cohen’s heartfelt donation.

And then everyone at the table cried. ❤️ https://t.co/kaRC2nE5jD

He celebrated his 40th birthday in August — at Fenway Park, no less.

Generally, ALS has a life expectancy of 2-5 years.

As Kelsie, his wife, put it, “Someone has to be the first person to live with ALS rather than die from it.” Kelsie has been documenting the family’s journey on her blog and hosts the Sorry I’m Sad podcast.

The family has been an inspiration to many.

I wrote this 1 year ago today. I've been thinking lots about this time last year, about all the sadness & fear as Chris lost his ability to swallow, about perspective & gratitude. If you're feeling broken, I hope this reminds you that you aren't alone. https://t.co/03Iwi06phI