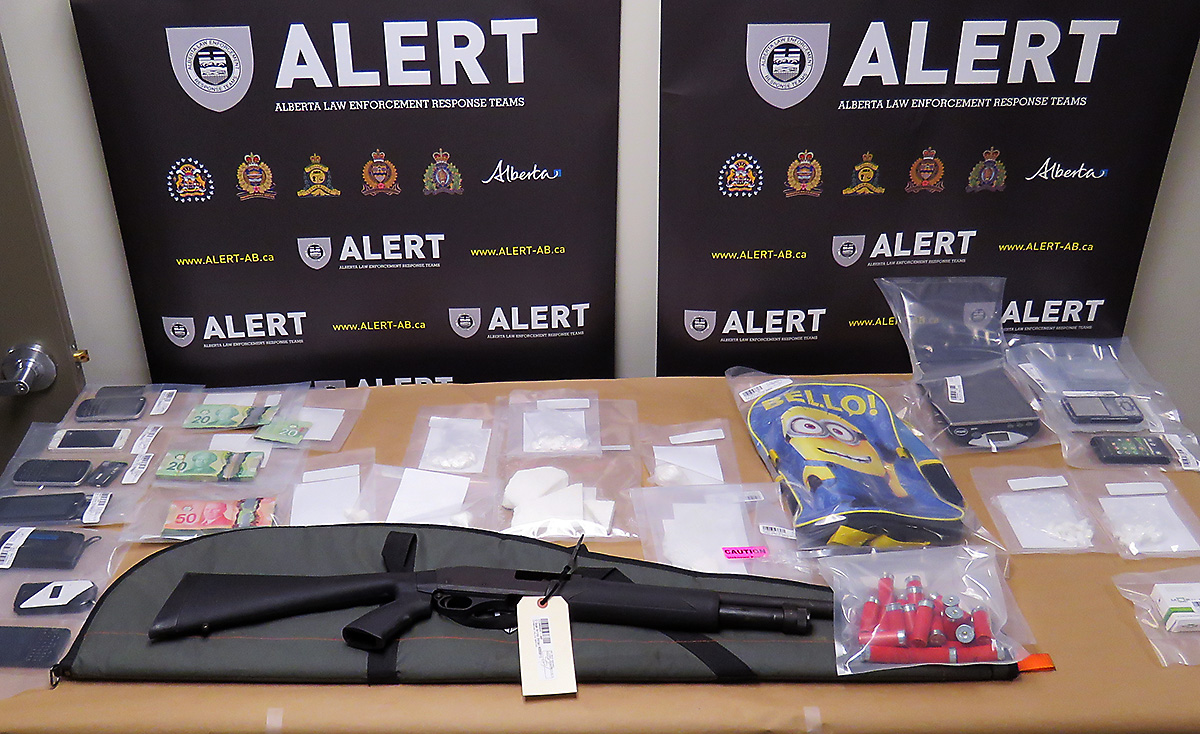 Drugs, weapons, and paraphernalia seized from a Lethbridge home. (alert-ab.ca)

Cocaine worth $33,000 and a 12-gauge shotgun have been taken off the streets of Lethbridge by Alberta Law Enforcement Response Teams (ALERT).

The bust came after a drug-trafficking investigation was started earlier this month, say police, and two people have been arrested and charged following the seizure.

“This was a short-term investigation, but the significance cannot be underestimated for neighbouring residents,” said Staff Sergeant Jason Walper of ALERT, in the release. 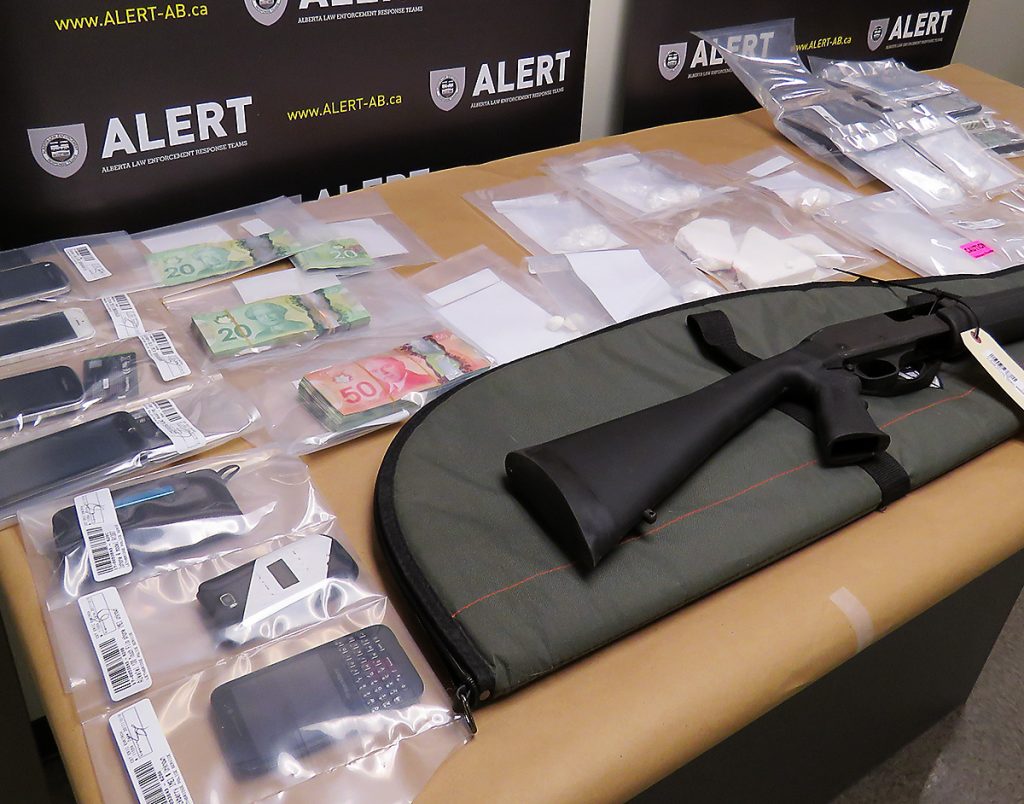 Drugs, weapons, and paraphernalia seized from a Lethbridge home. (alert-ab.ca)

When searching the Lethbridge home, police discovered and seized a 12-gauge shotgun with ammunition, 330 grams of cocaine, $4,815 in cash, and drug-trafficking paraphernalia.

Franklin Rodriguez, 33, has been charged with a laundry list of offences, including possession for the purpose of trafficking, careless storage of a firearm, possession of a weapon dangerous to the public, and possession of proceeds of crime.

Taylor Elzinga, 28, has been charged with drug possession. Her next court date is November 30. Rodriguez will next appear in court on October 30.

Anyone suspecting drug or gang activity in their area is encouraged to call local police, or to leave a tip anonymously through Crime Stoppers at their phone number 1-800-222-8477, or online.