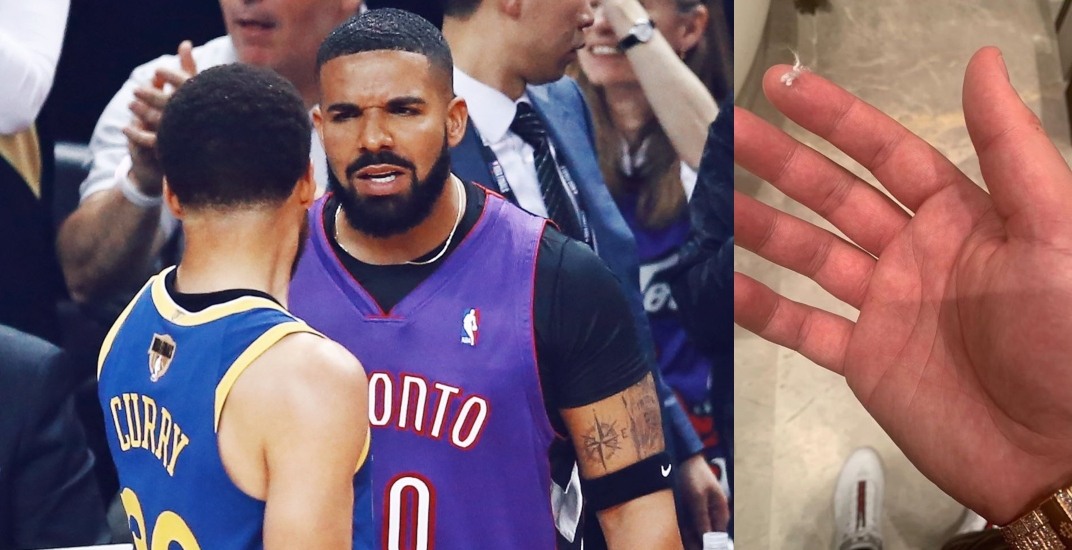 Drake is in the heads of the Golden State Warriors.

Well, he’s in their hair, anyway.

Late in Game 1, during the Toronto Raptors’ NBA Finals series-opening win, Drake got into it with Warriors superstar Steph Curry, while wearing the jersey of his father, Dell.

Standing face-to-face with Curry, Drake picked some lint out of the two-time MVP’s hair. So much for Drake toning down his antics after the NBA spoke to the Raptors about it.

It was creative trash talk, but the real trolling that came after the game was next level.

Drake uploaded a photo of said hair lint and announced plans to sell it. 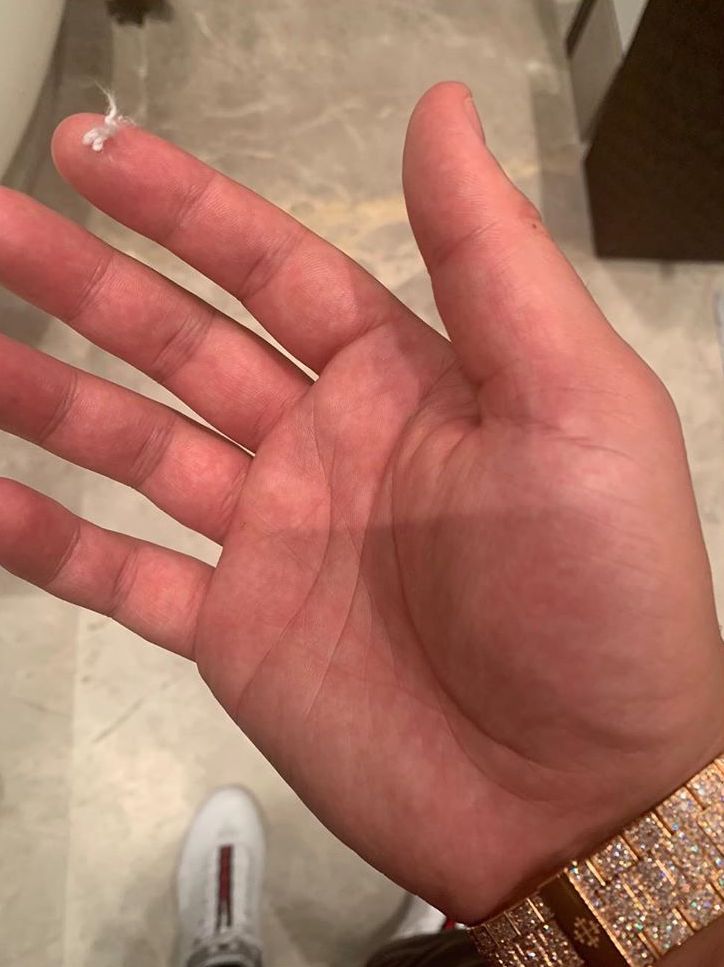 The username itself was a troll of Draymond Green, who Drake was seen calling “trash” at the end of the game.

Drake had some words for Draymond after the Raptors' Game 1 #NBAFinals win 👀 pic.twitter.com/d0NCKKFFHE

Drake really did put the hair lint up for auction, and wouldn’t you know it, there were bids for it, with the price soaring above $80,000 US!

Drake put the lint he picked from Steph Curry's hair on eBay current price is $86,300 pic.twitter.com/UVSUQcWshn

Though the post has since been removed, a number of copycats have emerged, promising “Steph Curry hair lint,” with varying prices.

There are a ton of listings for the Curry lint on @eBay with bids. pic.twitter.com/eYhqYRp7k9