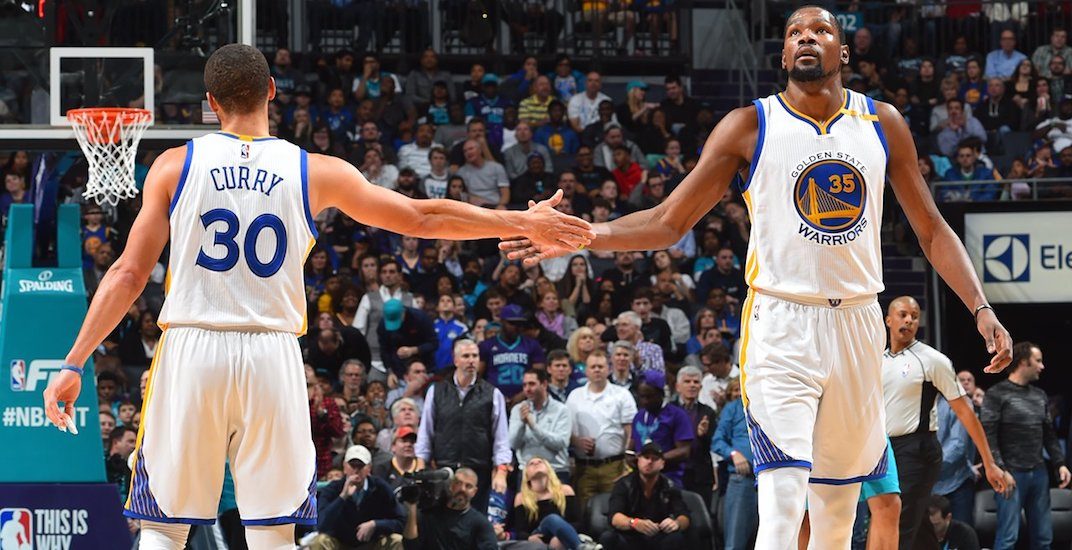 Game 1 couldn’t have gone much better for the Toronto Raptors.

Getting contributions from seemingly everyone, the Raptors won Game 1 of the NBA Finals by a score of 118-109. With home-court advantage and a rusty Warriors team, it was a game the Raps needed to win to give themselves a realistic shot at taking the championship.

Because the task is about to get a whole lot tougher.

The Warriors appear that they will get superstar Kevin Durant back at some point in the series, perhaps as early as Game 3 on Wednesday, according to a report from Yahoo Sports’ Chris Haynes.

Haynes’ sources say there’s “some optimism” within the Warriors that Durant could return for Game 3, though Game 4 on Friday is the “most logical option.”

Durant has been out of action with a right calf strain since Game 5 of Golden State’s second-round series against the Houston Rockets. While they rattled off six straight wins without Durant in their lineup, Golden State clearly missed their 7-foot superstar in Game 1.

The former MVP made the trip to Toronto with his team, and is cleared to take part in individual on-court workouts, but not yet cleared to play.

The Finals schedule, which has two-day breaks in between all games with the exception of Games 3 and 4, should benefit the Warriors.

While Kawhi Leonard is one of the few players that can guard Durant effectively, clearly adding a 10-time All-Star would be a huge boost for the Warriors. Durant leads the postseason in average points (34.2), and has contributed 6.4 rebounds and 5.9 assists per game.

Golden State is in unfamiliar territory.