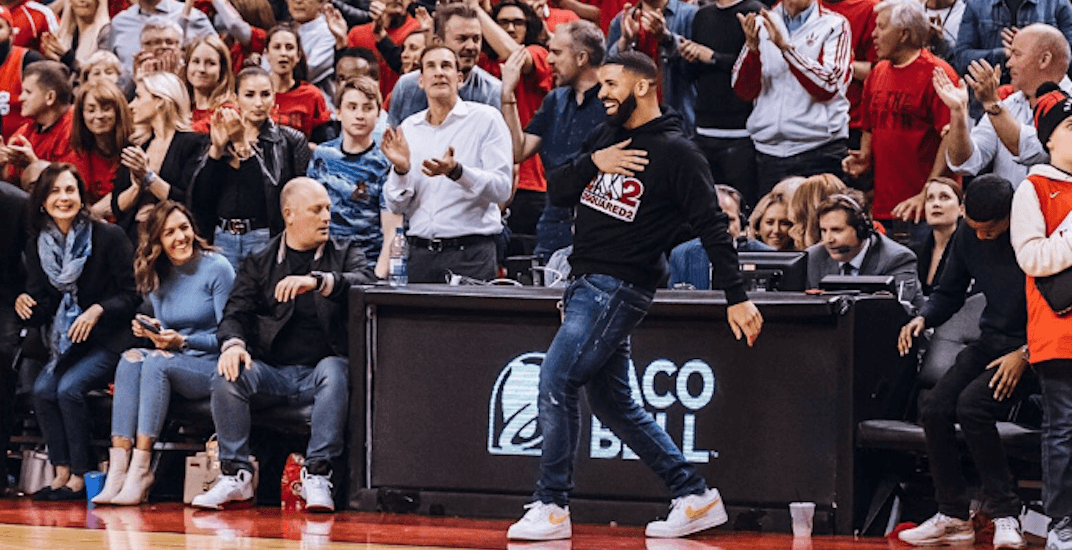 According to an ESPN report, last year, Drake, who is the Raptors’ Global Ambassador, was given a warning following a confrontation with a Cleveland Cavaliers player during a playoff game.

And this year, of course, all eyes (and Twitter comments) were on Drake when he gave Toronto coach Nick Nurse a shoulder rub during Game 4 of the Eastern Conference finals against the Milwaukee Bucks.

ESPN reports that the NBA commissioner Adam Silver issued a memo earlier this year reminding the league’s franchises “to state and enforce their fan-conduct policies.”

But going into the Game 1 of the NBA Finals, the Golden State Warriors don’t seem to be too worried about Drake and his ‘worst behaviour.’

He’s a Raptors diehard, an ambassador for the team and the most famous superfan in the game – why the NBA spoke to the Raptors about Drake: pic.twitter.com/4hJ6AfLxBw

“I kind of think it’s fun and the NBA kind of embraces the pop culture dynamic of the league and the stars and the celebrities who are out there,” Warriors coach Steve Kerr said. “And we got E-40 ready for them too, so we’re in good shape.”

You could say Drake foreshadowed his excitement back in 2013 when he rapped, “I should let you know ahead I’m comin’ back on my worst behaviour.” (Ok ok, bad joke.)

The Warriors are in Toronto, playing Game 1 at Scotiabank Arena at 9 pm ET/6 pm PT.