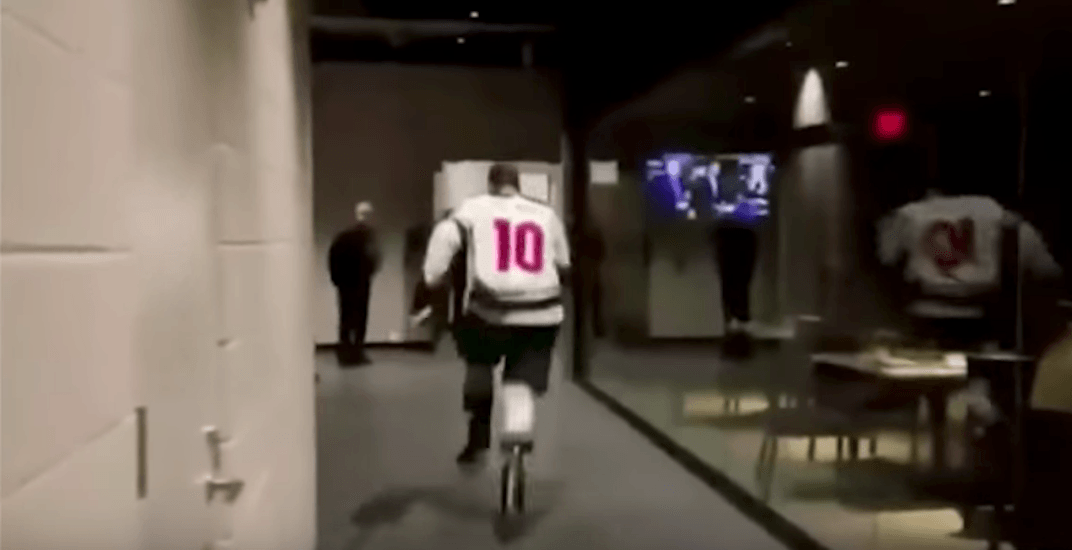 The hallways at the Scotiabank Saddledome just got a lot more dangerous.

Acquired by the Flames on trade deadline day, Chris Stewart has one of the most unusual and hilarious pre-game routines in the National Hockey League.

One of the biggest players in the league, the 242-pound winger rumbles off the ice after warmup, running in full gear as fast as he can down the hallway to get to the dressing room. Affectionately known as the ‘Stewie Sprint,’ it’s as funny as it is terrifying for anyone caught in his way.

“It just gets the legs going before you sit down for 17 or 18 minutes before the game. I’m coming in hot,” Stewart told the Star Tribune two years ago. “It just gets me going. It’s different in every barn. Some arenas have a longer straightaway, sometimes you’ve got to turn corners and you never really know what’s going to be in the way.

“It catches guys by surprise, and they seem to get a kick out of it.”