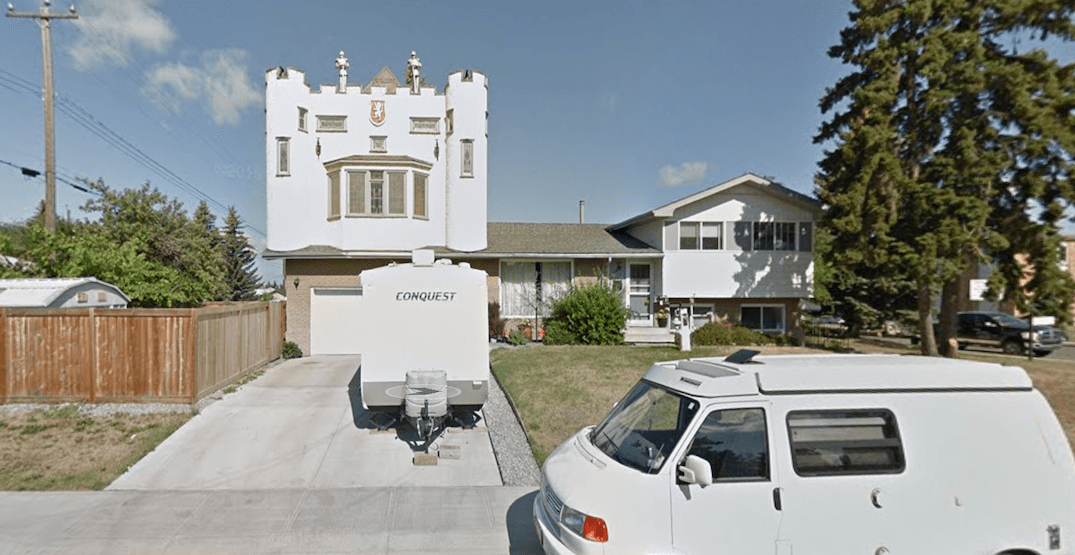 They say every man’s home is his castle, but this guy may have taken that sentiment a bit far.

A Reddit user by the name of Aryionius posted a photo of her neighbours’ house, which features a castle-like structure built atop their existing garage.

According to a few Reddit users, the castle has been up there for over 20 years and is an Edmonton neighbourhood marvel.

Redditor UrbanShaman_420 said “Used to live down the block. I’ve been in that house. Oversized chest set with a checkered floor in the castle parapet, complete with a throne. Little cannons on top would actually work, and the owner used to fire fireworks out of them on Canada day back in the 90s.”

A few Redditors were also concerned as to how the builder received the permits for a project like this. Norcan987  wrote “Would have loved to have seen and read the proposal submitted to the city to justify their request for a building permit.”

SoNotAWatermelon replied with “The 90s were an interesting time for permits.”

Other Reddit users are comparing the apparent owners to the Lord and Lady of Winterfell.

When it comes to aesthetics, the internet seems to be united on how it looks, with most of the users on the subreddit echoing ToKillAMockingAudi‘s opinion. They wrote “That looks absolutely terrible,” but to each their own.

Now, we do know of a house for sale that looks like an actual castle. Check out this $1.75 million castle in Upper Mount Royal, Calgary.

The house comes fitted with a spiral staircase down to a library, a dance hall/games room, but, alas, no moat.