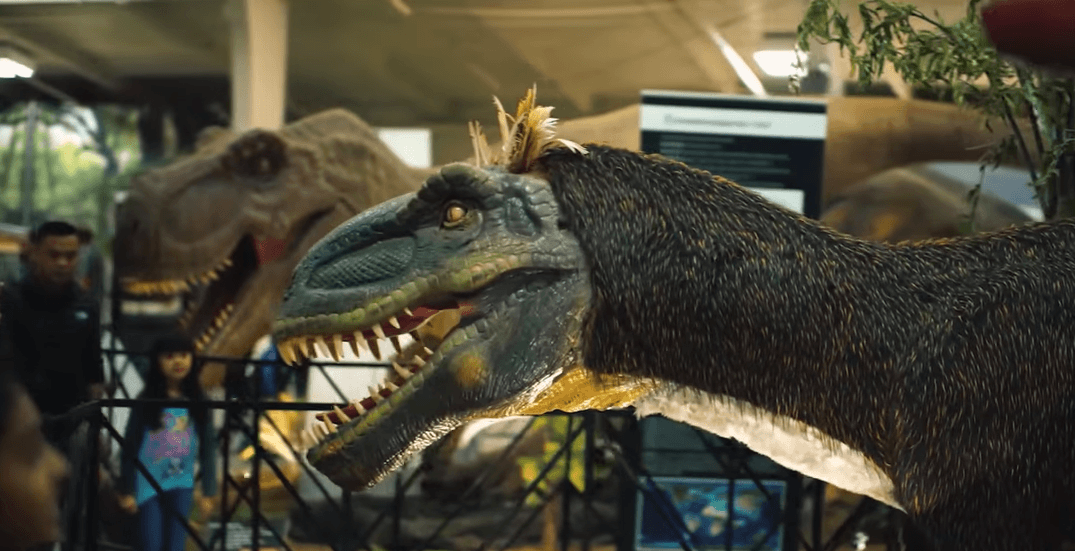 North America’s largest and most realistic Dinosaur event is coming to Calgary this weekend.

Known as Jurassic Quest, the exhibit takes guests through the Cretaceous period, the Jurassic Period and the Triassic period, giving them a chance to experience what it was like to be among living, breathing dinosaurs.

From the very small to the gigantic, Jurassic Quest is the only dinosaur event that has true to life-size dinosaurs – over 80 of them in total.

The exhibit gives attendees the chance to meet and interact with baby – as well as adolescent – dinosaurs.

According to organizers, the baby dinosaurs “love to play with our guests.”

Some, they added, have even been known “to grab baseball caps right off unsuspecting children’s heads, nibble at their shirts, and even pose for pictures.”

In addition to the life-like dinosaurs, the exhibit offers a host of many other attractions for dinosaur fans of all ages.

Guests can dig up fossils like a real paleontologist, they can ride on the back of a huge 24″ t-rex, or the spiky, overgrown carnotaurus among others.

There are countless dinosaur themed rides throughout the event, including inflatable mazes, slides, and the multitrack Dino Bungee Pull.

Jurassic Quest even has a Dinosaur Petting Zoo where little ones can pet dinosaurs that are more their size.

And for those craving even more of a dinosaur dose, the fossil area gives visitors the chance to see real dinosaur fossils dating back over 60 million years. 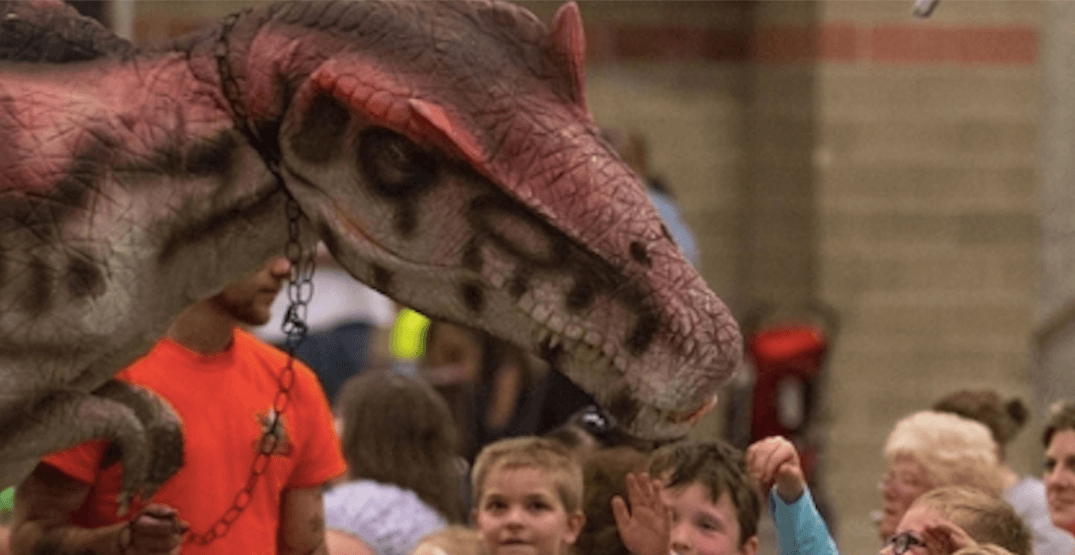 Where: BMO Centre at Stampede Park

Daily Hive is a proud media sponsor of Jurassic Quest 2019