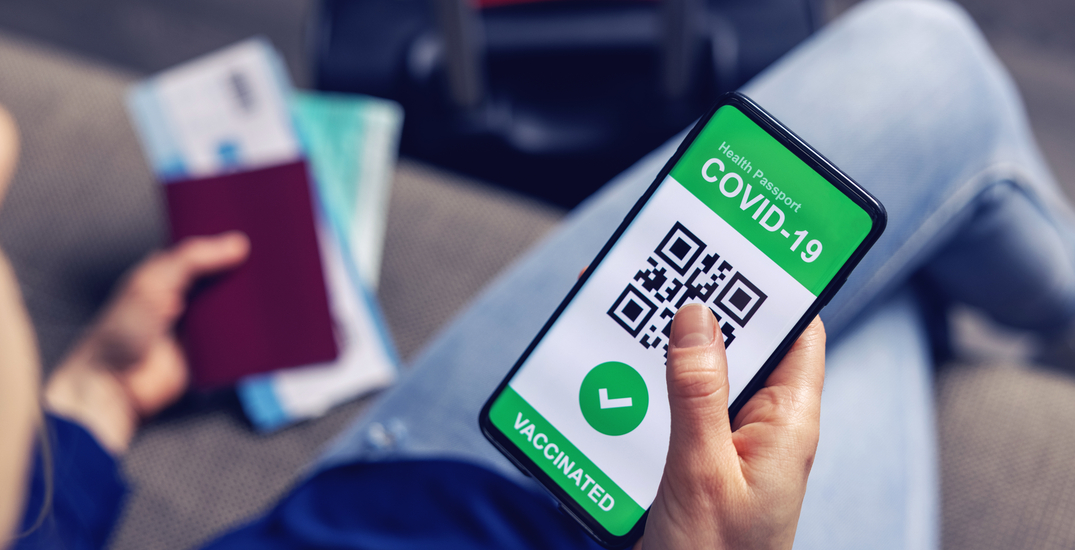 The federal government is moving forward with a COVID-19 vaccination passport system for Canadians wishing to take part in international travel.

Federal government officials will be working with provinces and territories to create a proof of vaccination that can be used by Canadians who are either travelling internationally or domestically.

Minister of Transport Omar Alghabra made the announcement on Wednesday afternoon, alongside Minister of Immigration Marco Mendicino, and Minister of Intergovernmental Affairs Dominic LeBlanc.

“The pandemic is far from over,” said Minister Mendicino.

“Our country is reopening, gradually, cautiously, and guided by public health. This means that many Canadians are contemplating doing something they haven’t done in a long while, and that is travel.”

The government officials are also consulting with international partners, including the World Health Organization (WHO), on the best way to roll this out.

Minister LeBlanc said that if individual provinces choose to create their own passports for domestic purposes, like Quebec has, the Canadian government supports those decisions.

“We know that vaccinations are key to keeping Canadians safe from COVID-19,” said Minister Alghabra. “The proof of vaccination is an important part of that.”

Minister LeBlanc hinted that the main component of this vaccine passport would be digital.

The focus will be on creating something that involves an electronic code that would be standardized, reliable, and accessible.

How it will work more specifically on a technical level remains to be seen, though Minister Mendicino suggested it may involve passengers uploading their credentials to an online portal.

He also suggested that the technology behind the ArriveCAN app would be an essential component in the creation of the vaccine passport.

Minister LeBlanc hinted that we might see the vaccine passport arrive as early as this fall, but no specific timeline was mentioned.