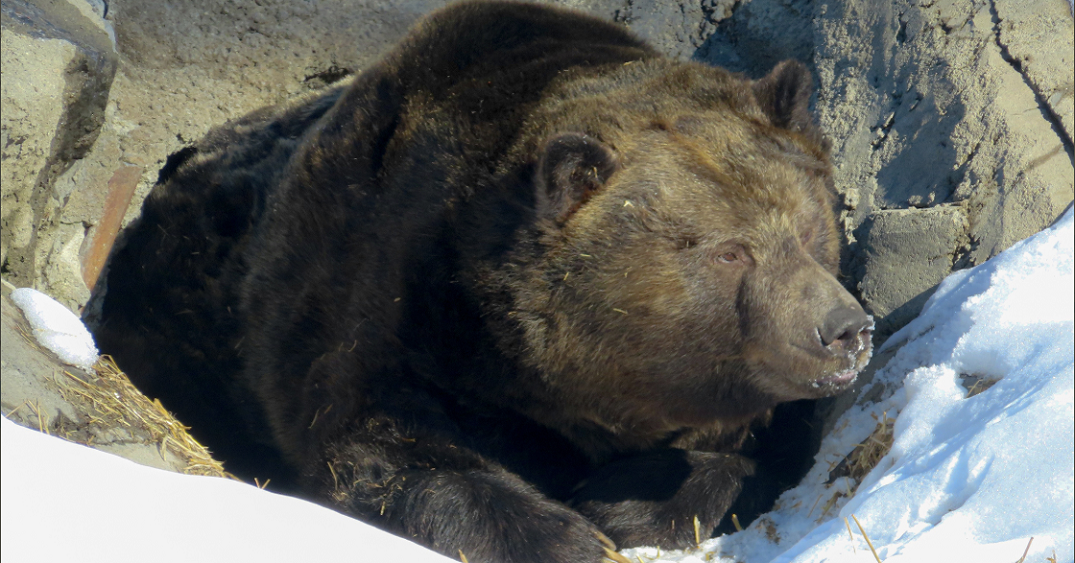 The Calgary Zoo‘s resident grizzly bear, Skoki, was spotted making an appearance earlier this week, likely drawn out of hibernation by the unseasonably warm weather we’ve been having.

The zoo posted a photo on Twitter of what looks to be quite the sleepy bear, who apparently took in some warmth and nibbled on some snow before heading back to bed.

It’s un-BEAR-lievable, it’s Skoki! Thanks to this week’s Chinook, our rescued grizzly bear made a brief appearance to take in the warm weather & nibble some snow ☀️ He still looks pretty sleepy, so he’s returned to his winter’s nap! 🐻💤

The animals at the Calgary Zoo have had an interesting winter so far thanks to the wild weather, with the penguins having to miss a few Penguin Walks because it was too cold for them. The penguins.

Temperatures dropped as low as -30°C during that time, though a chinook swooped in after a week of dangerously cold days, bringing with it highs of around 6°C — which was apparently enough to bring Skoki out to say a quick hello.

Unfortunately for the rest of us, the weather is expected to drop down to around -10°C by the start of next week.

Which has us wondering — can’t we all just hibernate until spring has officially sprung?