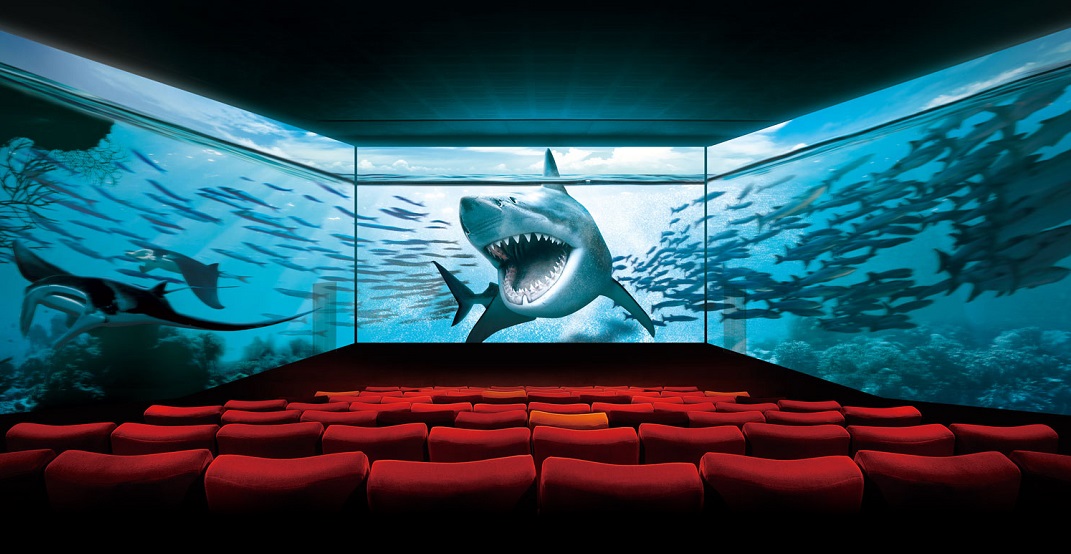 While watching a newly released flick on the big screen is a definite step up from the 32′ you’re used to at home, ScreenX is the next evolution from your usual Cineplex screen.

Adding picture to both sides of the auditorium, ScreenX theatres show 270 degrees of action, keeping your head on a swivel.

We’re not entirely sure how the experience would be for people who happen to be stuck with front row seats, but renderings look quite intense.

ScreenX showings are now available at six theatres throughout Canada, with one happening to be located in Calgary.

ScreenX showings appear to be going for $19.99 regular admission and $13.50 on Tuesdays.

Seniors can enjoy the experience for $16 on non-discount days, and children ages three to 13 can get in for $15.25.