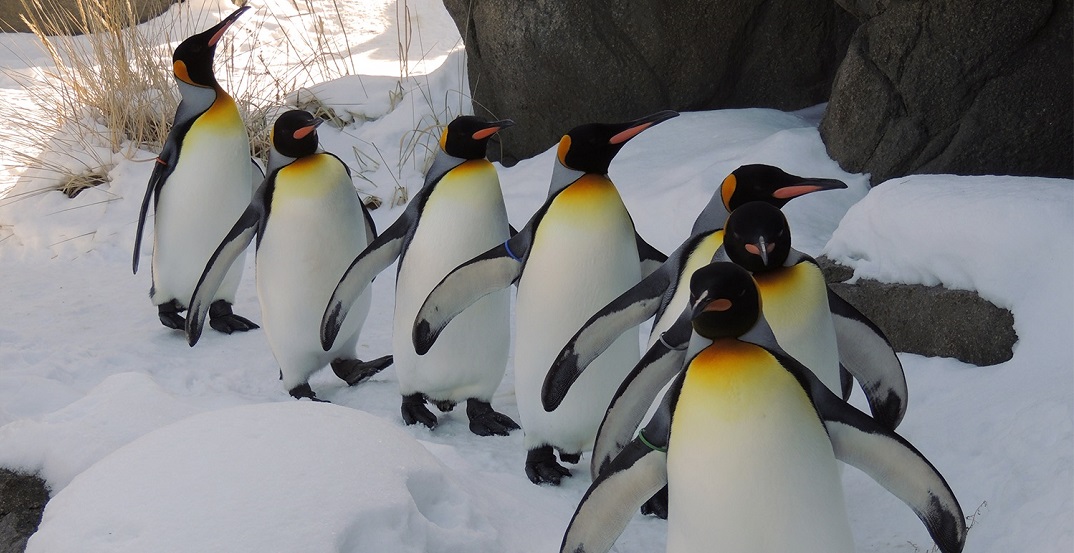 Don’t feel bad if you decided to stay at home today — you’re not the only one who isn’t willing to go out in this dangerously cold weather.

It’s currently so cold in Calgary that the Calgary Zoo decided to cancel the daily Penguin Walk, which (adorably) sees the Zoo’s king penguins go for a waddle from Penguin Plunge out to Discovery Bridge.

They decided to call off the walk earlier today, alerting the public in a post on their Facebook page at around 10 am.

“We have set specific weather parameters for the walk to ensure the birds’ safety and welfare,” the post reads.

“We will resume the Penguin Walk when the parameters are met. We apologize for any inconvenience.”

These parameters were expanded upon by the zoo in a comment on the same post, responding to someone who thought that the “penguins can probably handle it just fine.”

“The weather parameters we have set are for the birds’ welfare,” the zoo wrote.

“When it reaches above five degrees C and below -25 degrees C, it puts physiological stress on the birds. Though they might be able to physically withstand the cold, it wouldn’t be healthy for them in the long term.”

According to the zoo, the penguins living with them are king penguins, and, as they are native to the sub-Antarctic, they aren’t as adapted to the extreme cold as penguin types that live in the Antarctic, such as emperor penguins.

Given the forecast for the rest of the week, it seems as though the penguins at the Calgary Zoo will be under habitat-arrest until at least Thursday, when temperatures are supposed to warm up to highs of -24°C.