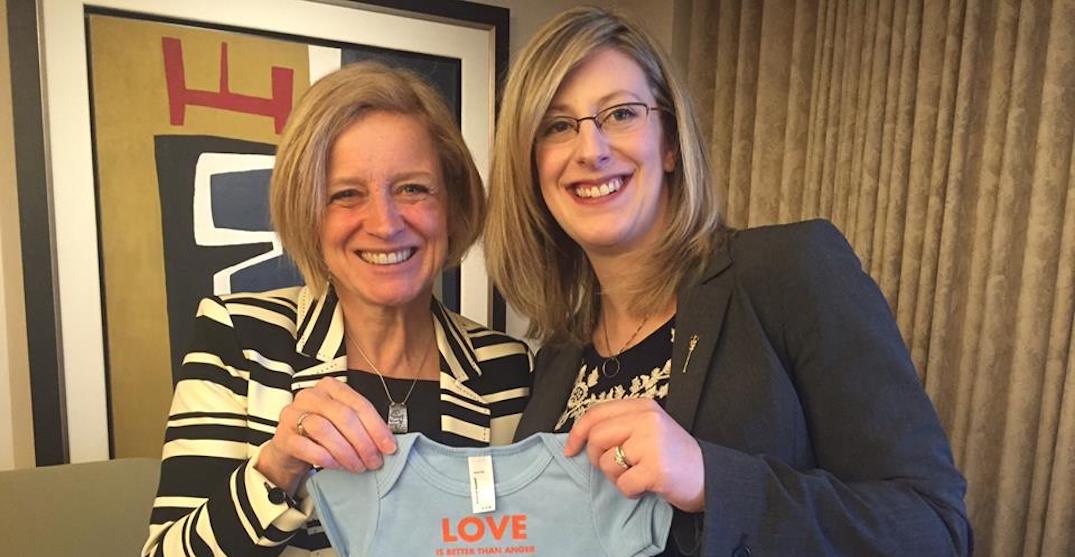 An NDP MLA has resigned from her seat in the Alberta legislature.

Alberta Premier Rachel Notley released a statement on Wednesday explaining that Stephanie McLean has stepped down from her position as Member of Legislative Assembly, Minister of Status of Women, and Minister of Service Alberta.

“As the Minister of Status of Women, she led work on our government’s commitment to end sexual violence and organized a campaign to encourage women to run for municipal office.”

Notley also noted that McLean was the first Alberta MLA to ever give birth while in office, and that prior to becoming an MLA in 2015 McLean had practiced family and criminal litigation.

McLean’s resignation leaves the Calgary-Varsity MLA seat empty until a by-election is called, or until it is filled following the 2019 provincial election.

“We wish Stephanie and her family all the best in their future endeavours.”

Notley’s full statement can be found below: