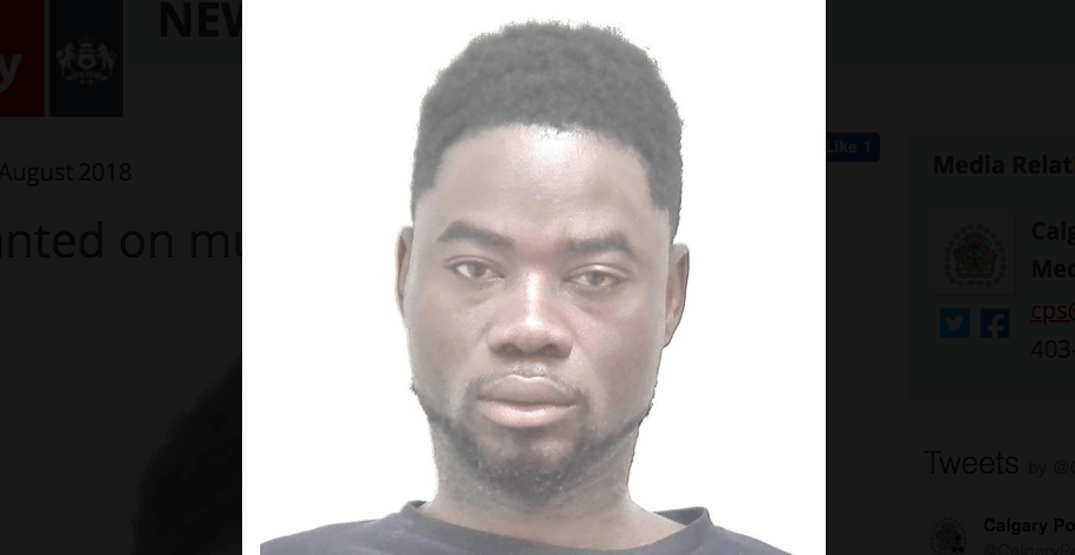 27-year-old Philip Afolabi fled Calgary in the summer of 2018 as he awaited trial for 43 outstanding charges.

These charges included sexual assault, assault with a weapon, assault causing bodily harm, overcoming resistance by choking, criminal harassment, possession of a weapon for a dangerous purpose, possession of a controlled substance, and multiple breaches of court orders and an emergency protection order, according to a release from the Calgary Police Service.

Police put out a release back in August asking anyone with information on Afolabi’s whereabouts to contact CPS, though it was not until 2019 that he was located.

A more recent release states that Afolabi had been found and arrested in Regina for robbery alongside a 17-year-old female.

The two had assaulted a victim at around 3 am on December 29, taking the person’s wallet, money, and other items.

CPS is currently working with the Regina Police Service to determine a date that Afolabi can be returned to Calgary to face his pending charges, though no date has yet been set, according to the CPS release.