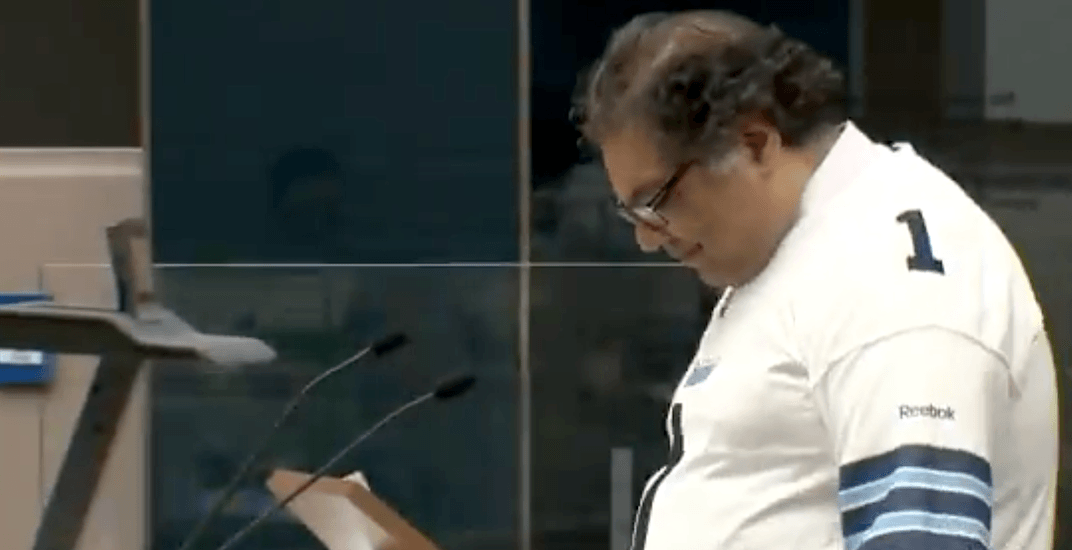 Losing the Grey Cup, for a second year in a row, was a tough pill to swallow for fans of the Calgary Stampeders.

That includes Calgary mayor Naheed Nenshi, who had to pay up, after losing a bet with Toronto mayor John Tory.

Nenshi will have to donate $5 for every point scored by the Argos (they scored 27), for a total of $135 to the Toronto Food Bank. A selection of Calgary craft beer will also be sent to Toronto, as the second part of the bet.

The third part of the bet was settled on Monday, as mayor Nenshi had to read a poem selected by mayor Tory, while in an Argos jersey at a council meeting in Calgary. Mayor Tory ensured that it was a custom poem.

The jersey was custom, too.

Tory, naturally, was pleased with the poem.

Feel the love for Toronto all the way from Calgary! Heartwarming poetry reading by @nenshi to help settle our #GreyCup bet. Happy he will be making a donation to @DailyBreadTO and am very much looking forward to trying some Calgary craft beers. #ArgosFootball pic.twitter.com/H6tUbiYOEf