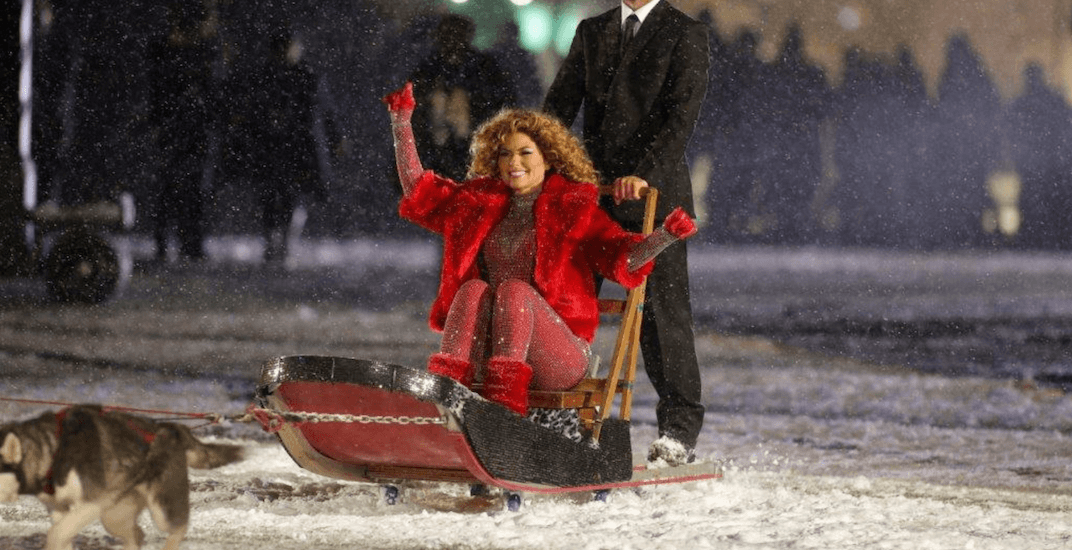 That’s what Shania Twain exclaimed towards the end of her halftime show at the Grey Cup in Ottawa on Sunday.

On 105th #GreyCup Sunday, @ShaniaTwain feels like… a Canadian! 🍁 pic.twitter.com/1GVuNsOMoB

After all, it doesn’t get much more Canadian than riding in on a dogsled, before being greeted and escorted on stage by some mounties. Oh, in the snow, too.

It was the most Canadian entrance of all-time.

.@ShaniaTwain just entered the #GreyCup halftime show on a dogsled. Tune in to @CFLonTSN now to catch the show! pic.twitter.com/JOcgFzox3X

Dressed in a red fur coat, the Canadian country music star was the perfect choice for the occasion, as the Calgary Stampeders and Toronto Argonauts battle it out for the right to lift the Grey Cup.

The CFL doesn’t always get it right – the Black Eyed Peas’ performance at the Grey Cup in Vancouver in 2005 comes to mind – but they did this year. The Grey Cup goes great with little dose of Canadiana.